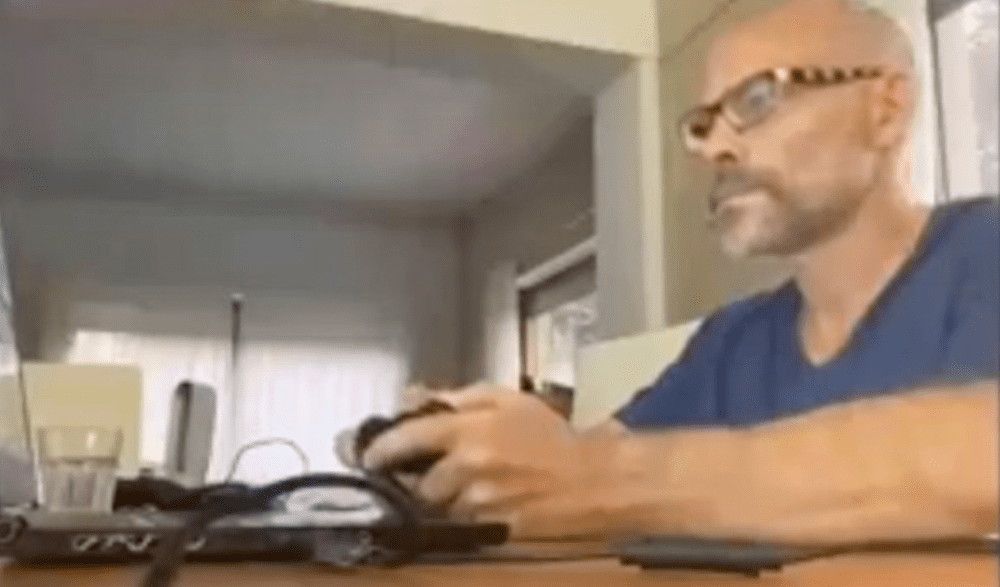 When this global situation escalated and it became clear to drivers that the only racing they were going to be able to do was on home simulators, many drivers jumped into action and got themselves big, proper racing rigs. When it was announced that Villeneuve would be competing this week, you had to assume he’d done the same.

But he didn’t have a brand new custom gaming PC, full-size sim rig and a top-of-the-line direct drive wheel. He didn’t have a decent setup from a few years ago. He didn’t even have an entry-level wheel attached to an ironing board in his living room. Oh no. He had his laptop and a freaking Xbox controller. And he was really fast.

After failing to set a qualifying time, he avoided a massive pile-up at the start of the first race, made his way into the top 10, and eventually finished sixth. On a controller. Proving it was no fluke, he then did exactly the same thing on the reverse grid race and after a brief battle with former BAR teammate Jenson Button, finished sixth once more. Again, on a controller.

You wanted evidence that Jacques Villeneuve is using an Xbox controller? Here you go… pic.twitter.com/zRjobIEnrS

After the race, he mentioned that he’d had to “dust off” his controller after six years of not doing any sim racing. Even cooler, he then revealed that he used to play the first rFactor a lot, doing mods and racing on various servers online. That’s exactly what I used to do in my bedroom at uni 12 years ago when I was trying to avoid work – and it’s the same thing an F1 champion used to do. Forgive me a bit of self-indulgence, but Villeneuve is one of my racing heroes so I find that seriously cool.

It’s also very impressive. Sure, ultimately, you are going to be quicker on a wheel, but it just goes to show that if all you’ve got is a controller and a laptop, you can be quick. It’s even more impressive when you realise the race was in McLaren M23 F1 cars round the exceptionally bumpy Sebring circuit, which seems like a bit of a troll combination.

The first race was won from pole by Button, with Juan Pablo Montoya second and Andy Priaulx third. Button’s prize for winning was a $10,000 cheque, donated to the charity of his choice – the destination of which he announced shortly after winning.

The $10k will be going to House of Ruth. @HouseOfRuth help families victimized by domestic violence. This has been on the rise since we have been in lock down 🙏🏽 https://t.co/4wjKcEFOrG

The reverse grid race was marked by a colossal crash at the start involving most of the grid. Emanuele Pirro shot off into a lead he’d never lose to finally take a win, ahead of Helio Castroneves and Dario Franchitti.