Villeneuve Thinks Vettel’s Move At The Start In Singapore Was Too Risky – WTF1
Skip to content
×
Formula 1 , News

In recent years the most exciting thing about major, controversial incidents like the crash at the start of the Singapore GP is knowing that at some point in the near future, we get to hear Jacques Villeneuve’s opinion on the whole thing. Remember when he said Vettel did nothing wrong in Baku?

Well thankfully you can now sleep peacefully tonight, because the 1997 champ has given his views on what happened in Singapore. For many, it was the aggressive defensive move from Vettel which was a major contributing factor to the whole thing and incredibly, Villeneuve seems to share the opinion of the majority – shock horror!

Speaking to Motorsport.com, Villeneuve said that Vettel shouldn’t have been so aggressive with a championship on the line.

“Vettel only has himself to blame. If you take a start and move across the line, the chances are something might happen because you don’t know what is happening behind. They all do that at every start, you see that in Formula 4, Formula 3, they move across the line. Well if you do that, you pay the price. When you fight for a championship, you cannot take a risk like that.”

Although what Vettel did is a common maneuver in many series, Villeneuve isn’t a fan of it because there’s no way of knowing what others behind are doing.

“You don’t change line like this. It doesn’t matter if he could see Kimi or not. In his mind, he didn’t know if there were two or three cars there. He knew he had taken an average start, so he knew other people had taken better starts than him. That’s why he went across.

“To think that way they will slow down – no, he ended up crashing. Don’t point at the finger at Max. He was just there.”

The crash was investigated by stewards but decided not to take any action. The Canadian agreed with the decision, believing Vettel has punished himself enough.

“I think he has penalised himself already enough. That was a track where the Ferrari should have taken a lot of points, so yes, it’s very heavy. But there are still six races, anything can happen. Lewis will do something. Just relax. It’s annoying, but that’s the way it is.”

Phew, the oracle has spoken. We can all relax again. Except Hamilton. Apparently he’s going to mess up in some way and only Jacques Villeneuve knows what he’s going to do. 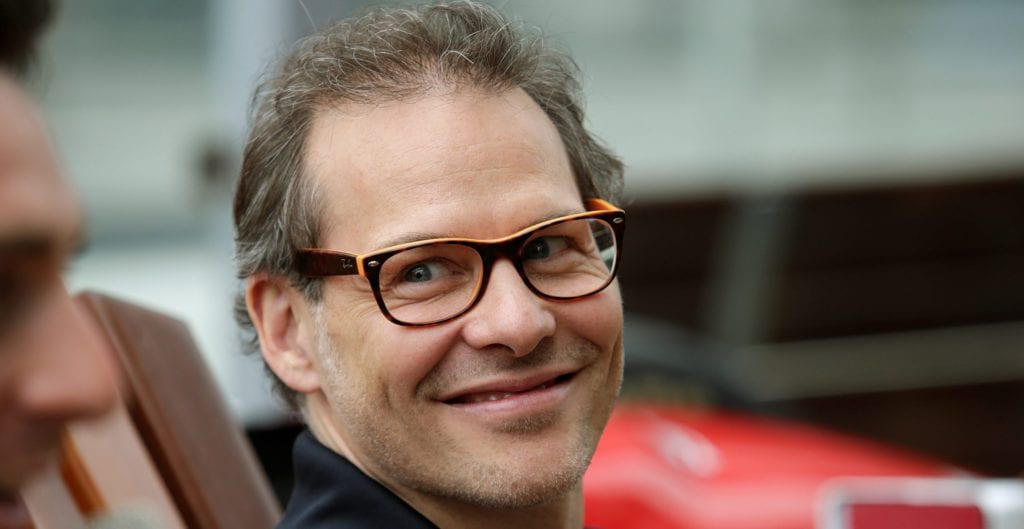