The Goodwood Festival of Speed is more than just an excuse to ogle racing machinery old and new – it’s also a pretty serious motorsport event. The hillclimb is the heart of the spectacle and in amongst the demo runs come the serious attempts to set the fastest time of the weekend.

One of those will be Volkswagen. Fresh off the back of obliterating the all-time record at Pikes Peak, Romain Dumas will be back behind the wheel of the I.D. R as he attempts to beat the Goodwood record for electric vehicles.

The real question is whether it can beat the overall record. For years, contemporary F1 cars haven’t been allowed to go for times for safety reasons. That’s why the current record of 41.6 seconds – courtesy of Nick Heidfeld in a McLaren MP4/13 – has stood since 1999.

Can the I.D. R beat it? Given the way it smashed the record at Pikes Peak, it’d take a brave person to bet against it… 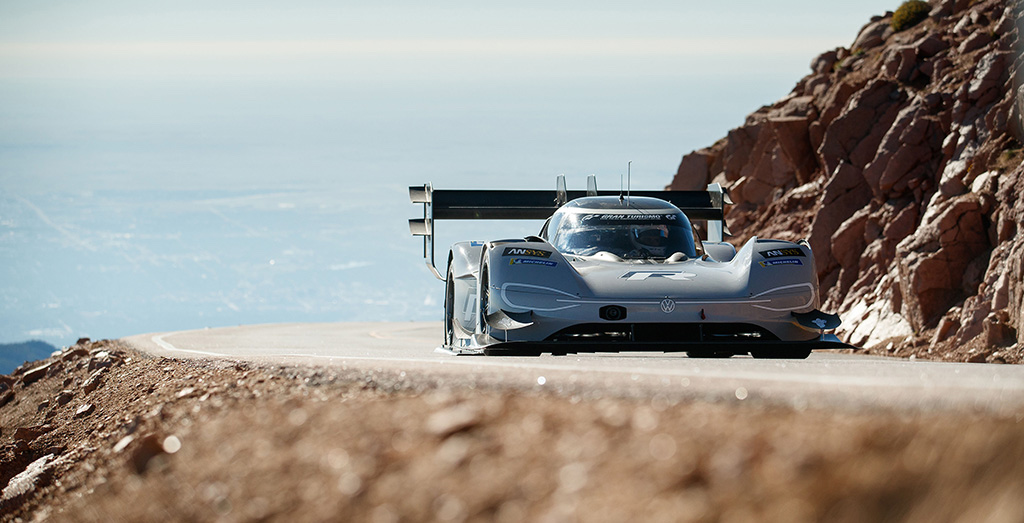