The FIA Has Fined Ferrari For The Pitstop That Injured A Mechanic – WTF1
Skip to content
×
Formula 1 , News

It was a bittersweet day for Ferrari in Bahrain. The team scored a victory with Sebastian Vettel but a pitstop mistake cost Kimi Raikkonen a podium and more seriously, put a mechanic in hospital.

The incident, that took place on lap 36 of the Bahrain Grand Prix, ended with a Ferrari mechanic – identified as Francesco Cigarini – suffering a gruesome fracture of the tibia and fibula in his left leg after being hit by Raikkonen.

Apparently a shinbone and fibula fracture, our thoughts are with Francesco, stay strong #BahrainGP

The left rear wheel nut failed to loosen, therefore meaning that the wheel was not removed and changed. However, due to the nature of Ferrari’s pit light system working in tandem with the wheel nut tension, Raikkonen was wrongly instructed to go.

The FIA heard Ferrari’s explanation for the error before disciplining them with a 50,000 Euro fine.

Post-race, the stewards released a statement that read as such: “The Stewards determined that the car was released unsafely in breach of [Article] 28.13 a). The team released the car in a manner endangering team personnel and causing injury.”

We all wish Francesco a quick recovery. 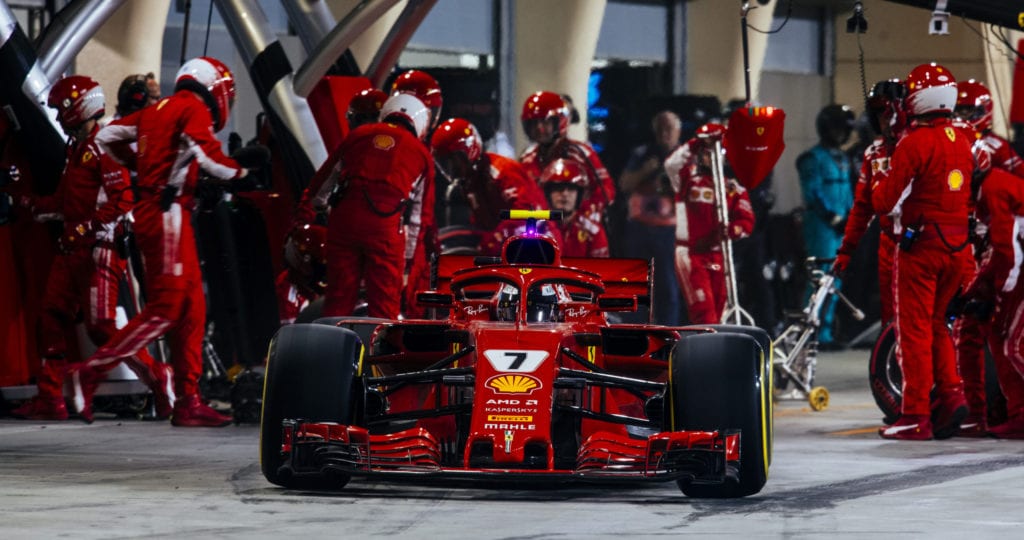