VW Wins At Goodwood Again After Lowering The Record Even Further

Unfortunately, rain for much of Sunday made it look very unlikely that the final timed runs of the weekend would be particularly quick and even though the track dried out, it was still damp and greasy enough to make it a challenge. That didn’t deter Dumas, however, who took the win with a run of 42.32 seconds. Conditions handed the advantage to four-wheel drive machinery over typical single-seaters and sports prototypes, resulting in the father and son combo of Petter and Oliver Solberg taking second and third in their World RX machinery.

Although rain spoiled the chance for Dumas to put in a truly rapid run, it doesn’t matter – on Friday, he broke Nick Heidfeld’s 20-year-old record of 41.6 seconds by just over four tenths. Then, on Saturday, he completely blitzed it, powering the I.D. R up the hill in under 40 seconds

Yeah, if you ever want a visual definition of what the word ‘speed’ means, that’s it.

How fast is too fast, though? F1 cars were banned from setting times for safety reasons – will the I.D. R now be prohibited from competing again? Then again, it’s achieved the record now, so there’s no reason for VW to return as a competitor.

Dumas can sit on that record for a while as Heidfeld did – until the next leap forward in motorsport technology makes an appearance, anyway! 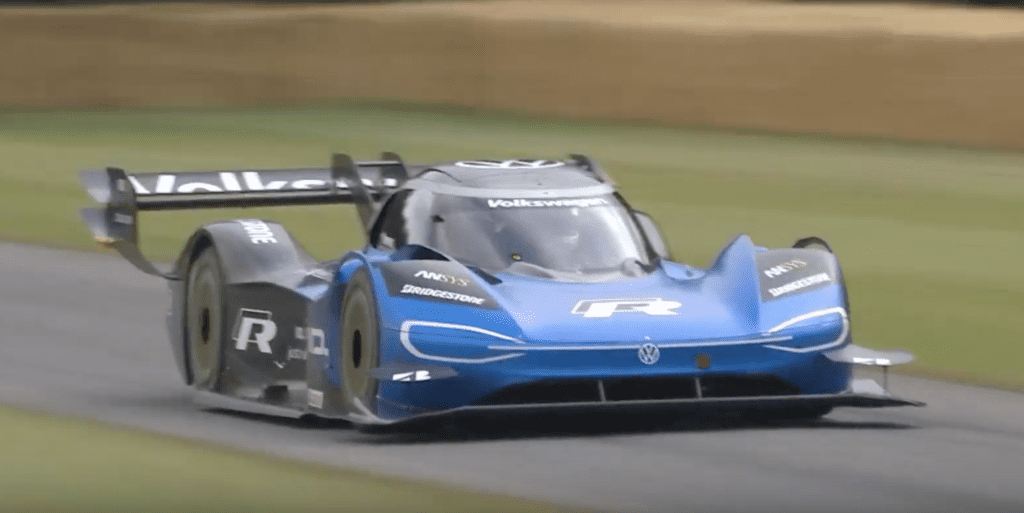