Was Mick Schumacher’s First Year In F2 Actually Any Good?

The hype went off the scale last year when the son of the sport’s most successful driver won – no, dominated the European Formula 3 championship following an incredible run of form in the second half of the year.

Given his father’s current status, Mick doing well is something many of us would like to see and so when he joined the Ferrari Driver Academy and made the leap up to Formula 2 with top team Prema for 2019, the talk was instantly over whether he’d be in with a shout of contending for both the title and an F1 seat for 2020 – even though Schumacher himself managed expectations.

His first weekend in Bahrain started off OK – he qualified 10th and finished eighth in race one, earning himself reverse grid pole for the sprint race, in which he finished sixth. However, fast-forward to the end of the season and he’s just 12th in the championship with one win – and behind a number of other rookies. So, that automatically means he’s not going to be cut out for F1, right?

Just because Formula 2 is a one-make spec series that doesn’t mean that every car on the grid is completely the same, nor that the best drivers will. Some teams have larger budgets, which allows them to spend more on quality control, hiring the best engineers, simulating setups and so on. Although the gaps between them are smaller, there are still rough ‘tiers’ of teams like you’d see in F1 – front-runners, midfielders, and backmarkers. Winning a single race for Campos or Arden is, generally speaking, a more impressive feat than winning one race for a regular front-running team like ART or DAMS.

Schumacher drivers for Prema which, historically speaking, has been a top team across a number of different championships. Pierre Gasly won the title with Prema in 2016, as did Charles Leclerc the following year. However, since the series switched to a new chassis in 2018, Prema hasn’t looked anything like the same force. Last season, the team had the very fast and reasonably experienced Nyck de Vries (who went on to win the title this year) as a driver, but he only finished fourth overall. And for the last three seasons, Sean Gelael has been with the team – although he’s experienced, he’s not exactly had stellar results, with just two podiums in almost five seasons in the series.

So, Schumacher has come into slightly struggling team as an inexperienced rookie alongside a teammate who is perhaps not the best to learn from and test himself against. Plus, he’s racing in a field of drivers who are incredibly fast and do have a decent amount of experience. F2 tends to go through cycles where every few seasons, you end up with three or four fast guys with a few years under their belt in top teams who prove very, very tough to beat – for example, that’s one of the reasons why Stoffel Vandoorne lost out to Jolyon Palmer in 2014.

Another thing to consider is that Schumacher jumped up to F2 straight from the old European Formula 3 championship. That’s a much bigger step than simply moving up from GP3 (now known as FIA F3), which has faster cars, already races at much of the same events as F2, has a similar weekend structure and – probably most importantly – also runs the Pirelli tyres. Knowing how to make the most out of a particular type of tyre manufacturer – especially one like Pirelli, whose F2 tyre compounds are more like the super-high degradation ones we had in F1 earlier in the decade – can take a long time for any driver to adapt to. Having to do it on top of learning all the other things is a monumental challenge.

That’s where other rookies this season had a bit of a leg up on Schumacher. Callum Ilott spent a year in GP3, Juan Manuel Correa and the late Anthoine Hubert were both there for two years before progressing to F2. The fly in the ointment with this is Guanyu Zhou. He also made the jump from European F3 and has been consistently strong right from the first round. However, he does have the benefit of driving for Uni-Virtuosi – a team new in name, but still operated by the same bunch of people that ran the immensely successful iSport and Russian Time operations – and a rapid teammate in the form of Luca Ghiotto, who’s been racing at this level since 2016.

That doesn’t make the achievements of Zhou or any of the other rookies this season less impressive, but the context of how they’ve been able to perform compared to Schumacher is important to note.

Schumacher’s points tally would also probably look a whole lot better if he hadn’t had such horrendous luck. He was taken out by his teammate on the opening lap of the feature race in Paul Ricard, and then got sidelined with a puncture in the sprint race. At the Red Bull Ring he had incredible race pace, but couldn’t use it after a problem on the formation lap left him starting a lap behind. Reliability problems also sidelined him in the features races in Monza and Sochi, and he was unlucky to make it a double-DNF in Russia after minor contact with Giuliano Alesi.

There were quite a few costly mistakes, too, but you can forgive any rookie in any series for making the odd error here and there. But couple those errors with the moments that weren’t his fault and the result is that nobody has more retirements than Schumacher this year. In a championship with extremely limited track time, that’s not ideal – for a rookie, it’s a bit of a disaster.

However, when everything has been going smoothly, the speed has been there. He was quick at Monaco, his charge from 18th to fourth in Austria was superb (he did similar in Monza as he went from 14th to sixth), and the racecraft he showed to defend during his win at the Hungaroring was top notch. When he has found himself battling somewhere near the front, he’s usually looked comfortable.

Don’t get me wrong, I’m not saying that Mick Schumacher is the best thing since sliced bread or trying to make excuses for a driver who I would like to see do well. But in the same way that the hype went off the scale when he won in F3 last year, the tendency for some to go in the opposite direction and berate him for not winning immediately in F2 will be strong. Judging the performance of junior drivers is tough and sometimes, it can take a few seasons to properly understand where they’re at.

Is Schumacher going to rocket up to F1 and dominate in the same way his father did? Probably not – and just because he has that surname, we shouldn’t expect him to. Similarly, just because the likes of Leclerc and George Russell dominated their first year in F2 and Schumacher hasn’t, it doesn’t automatically mean that he’s not good enough for F1. There’s nothing wrong with taking a little longer to achieve success – just look at Alex Albon’s career, for instance.

So far in his short career, Schumacher has traditionally taken a couple of seasons to get fully up to speed in each category, too. That makes 2020 more of a crunch season for him – not just because he’ll have a bit more experience (and probably even more expectation), but because he’s being joined at Prema by his old F3 teammate and fellow Ferrari academy driver, Robert Shwartzman – a guy who blitzed a very strong field in FIA F3 this year.

In 2021, it seems certain that Alfa Romeo will have at least one seat free. Schumacher could well be the one to take it, but he’ll have to step it up a bit in his second F2 season. Not only to prove he can do the job consistently, but because there are plenty of other Ferrari junior drivers who will be looking to stake their claim to a place in F1.

So, to answer the question, was Mick Schumacher’s first year any good? Maybe. Of the rookies, Hubert, Zhou, and Ilott certainly had better ones. But that certainly doesn’t mean Schumacher’s did badly at all. 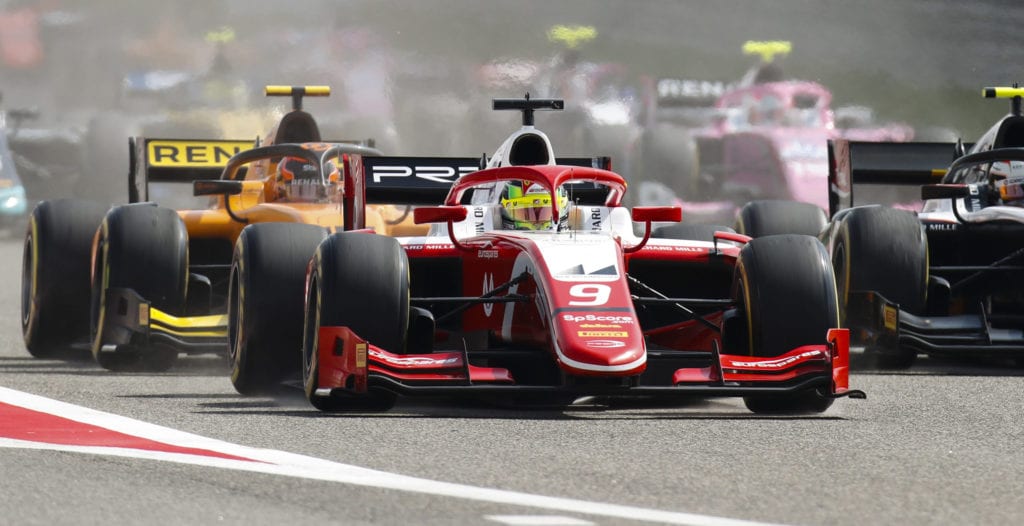