Although it’s still a very high-speed circuit, ever since Monza was broken up with chicanes in the early 1970s it somewhat lost it’s reputation as a track for epic slipstreaming battles – at least in F1 terms, anyway.

But get the right category there and Monza is still the perfect place for pack racing, and that’s exactly what happened in the TCR International Series.

Stefano Comini just held on to take the win from a charging Roberto Colciago, who had come up from ninth on the grid but just ran out of laps to make a move for the lead stick. Jaap van Lagen finished just four seconds away from the winner – in most races this would usually mean being on the podium (or at least very close to it), but the field were so closely that he was only 11th – and out of the points! 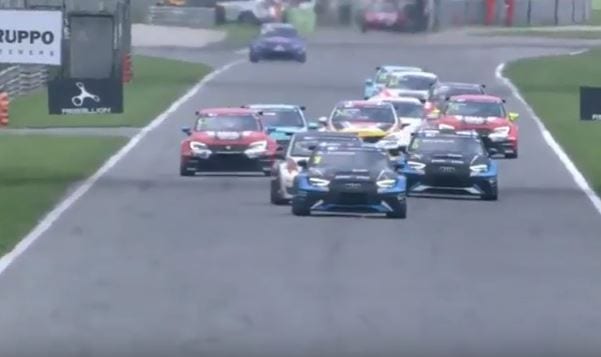