It’s every racing fan’s dream to drive a Formula 1 car and this video from Renault Sport shows that you’re never too old to do it.

79-year-old Rosemary Smith is a former rally driver from Dublin, and while she raced in the likes of the Monte Carlo Rally way back in 1966, she still has a passion for driving really, really fast.

Renault won both the Drivers’ and Constructors’ World Championships in 2005 and 2006 and is now celebrating its 40th anniversary in F1 this year. The French manufacturer has had some pretty famous names in its cars over the years – legends like Alain Prost and Fernando Alonso – but never before have they put someone in the car who could qualify for a free bus pass.

Rosemary was shown the ropes by current Renault Sport F1 driver Jolyon Palmer, who gave her some pro tips ahead of the F1 drive around the Circuit Paul Ricard in France.

Another nice touch was an introduction to Pauline Gullick, Rosemary’s former rally co-driver, before she headed out for the big moment.

Rosemary is now the oldest person ever to drive a race car with 800bhp. Not bad at all!

And so there you have it; no matter what age you are there’s still hope for all us motorsport fans to be able to drive a Formula 1 car one day. 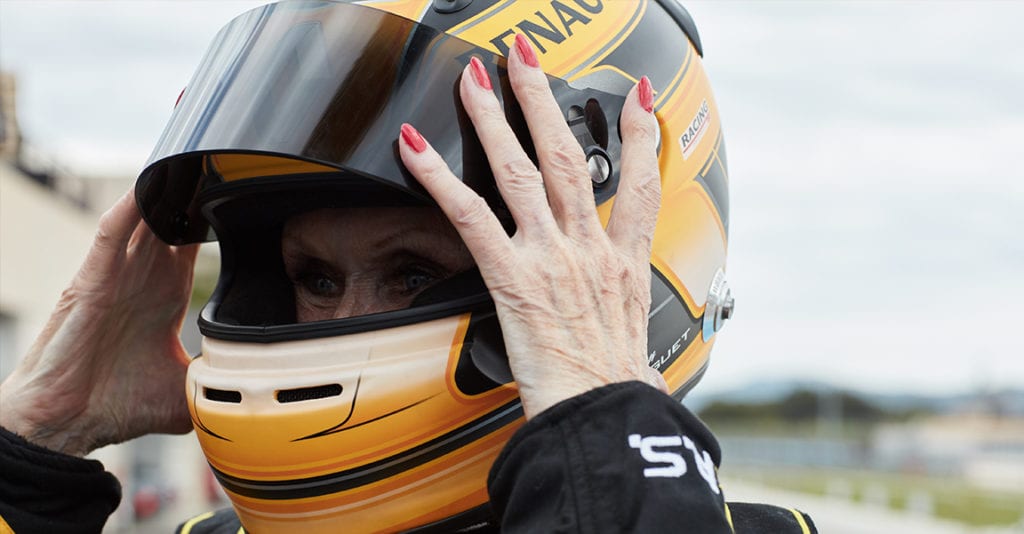