Watch A GP3 Racer Pull Off A Sick Wheelie

It’s not uncommon to see a single-seater rear up on its back wheels after hitting a kerb or a bump, but usually it’s little more than a quick, unremarkable bounce up into the air.

That definitely isn’t the case here. In the closing stages of the GP3 feature race at Silverstone, Niko Kari ran a touch wide at Stowe and went over one of the kerbs, causing him to pop a wheelie on the run down to Stowe. It stays up in the air for what seems like an eternity – he was probably quite lucky not to go all the way over.

How cool is that?! It might even be better than the time Mark Webber managed a similar thing in China… 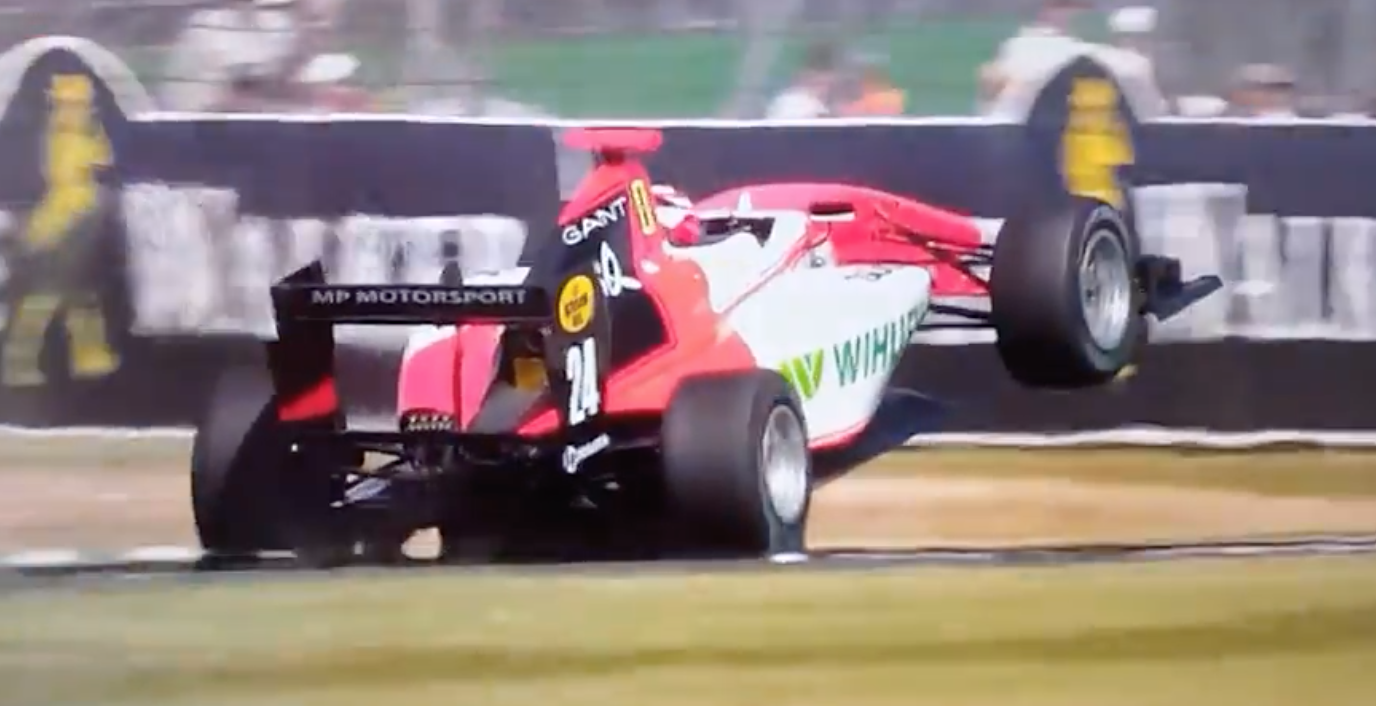