The tablecloth trick is something we surely all know about – the idea is to pull off the tablecloth so quickly that all the items on top of it (plates, cutlery etc) stay exactly where they are.

It’s harder than it looks, so why not cheat a bit… by doing it with an F1 car. That’s what TV show ‘You Bet!’ did at Silverstone in 1992 with some help from the Jordan 192, its V12 Yamaha engine, and some rather questionable acceleration statistics from test driver Phil Andrews.

Well, that wasn’t too bad! It’s also probably the most impressive thing the Jordan 192 ever achieved as the team finished a miserable 11th in the Constructors’ Championship that year. Phil Andrews’ F1 dreams never came to fruition either – his single-seater career fizzled out and he raced sporadically in sportscars and touring cars until the mid-2000s. 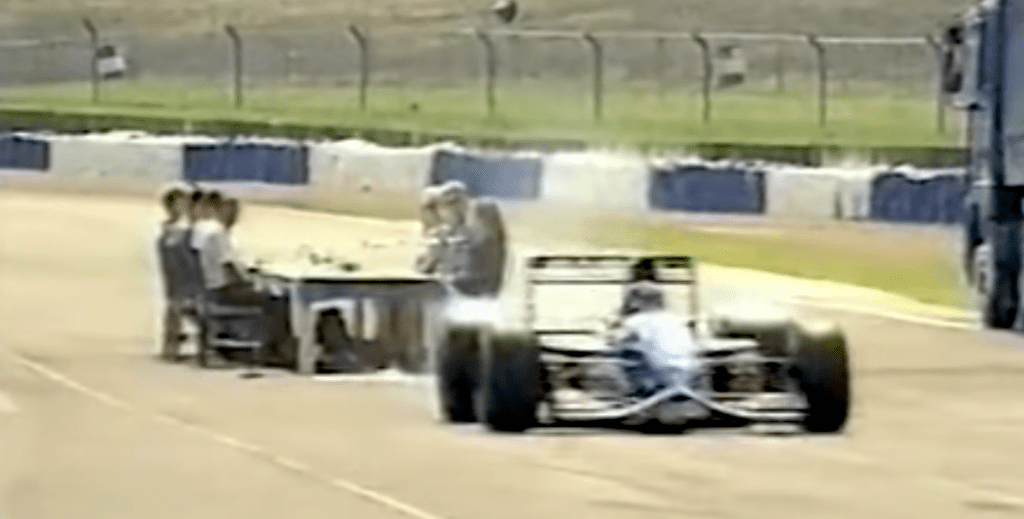