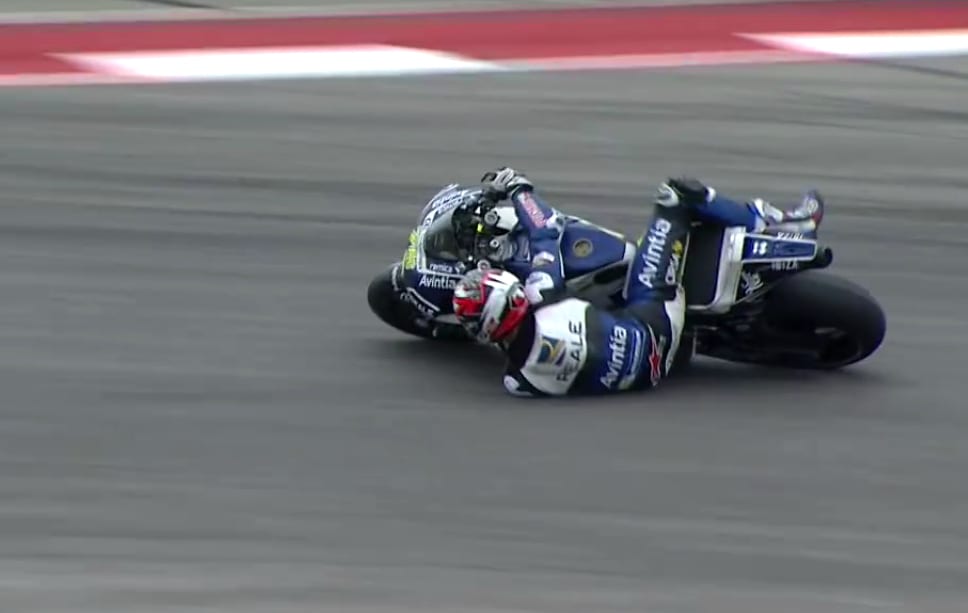 Watch A MotoGP Rider Make An Impossible Save

We all know MotoGP riders are not from this planet, normal people just don’t have the same levels of bravery and skill.

This was proved once again during qualifying for the Grand Prix of the Americas at COTA, when Loris Baz almost crashed his Avintia Ducati bike at the final corner.

Sadly, the wild moment meant he was unable to make it through to Q2 and he ended up crashing out of Sunday’s race, but it’ll still be a weekend to remember for some time just for that save alone.

Baz went a little too low going through the last turn and his bike looked like it was going to hit the ground, but he kept hanging on – even through the following wobble. Amazing scenes.

The original video posted by MotoGP has had over 1.2 million views, and they handily provided us with an alternative angle a little while later too, which has had an incredible 3.8 million views.

We bow down to you, Baz, the new king of MotoGP saves.