Jason Fichter’s Honda Accord shot off track at speed in Turn 13 and dug into the grass, with the incident quickly turning into a scary roll.

His car flipped over six times, eventually becoming an end-over-end shunt before eventually coming to rest the right way up.

Amazingly, the driver was able to get out and walk away, before being taken to the Danville Medical Center for precautionary checks and being released.

After such a terrifying multiple-roll crash, it’s great to see the driver emerging unscathed. That’s the main thing. Although the car didn’t look in particularly good shape… 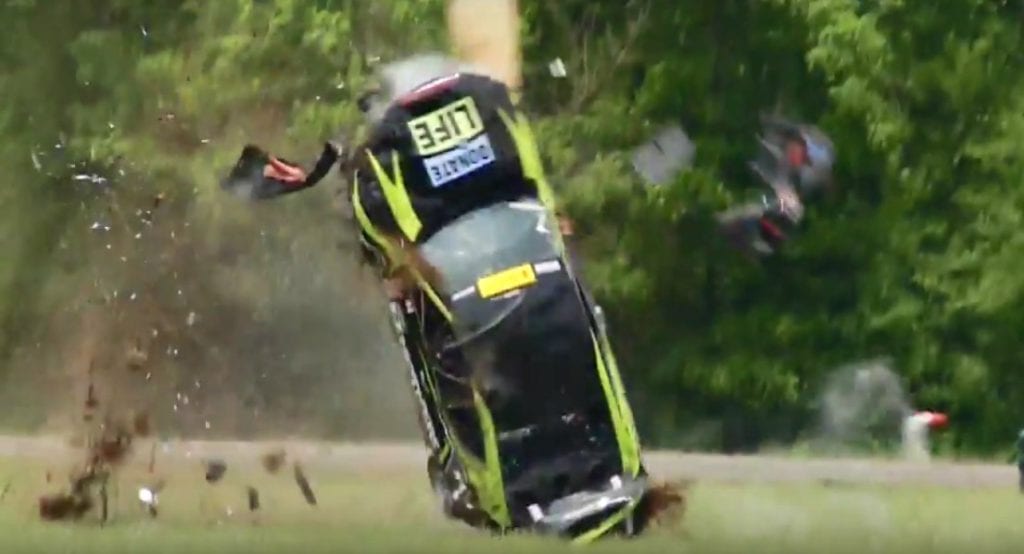