Watch Alonso Slice His Way Through Traffic At Le Mans

Following a safety car period to recover the crashed ByKolles, both Toyotas found themselves at the back of a huge train of cars. With Jose Maria Lopez leading, Alonso was clearly keen not to let his teammate get too far ahead and the pair of them started carving their way past the slower GT and LMP2 cars.

Both of them put on some seriously risky moves, running right to the edge of the circuit as cars went three and sometimes four wide. It makes for pretty spectacular viewing – especially as Alonso gets a bit of a wobble on whilst going around the outside of a couple of cars at the Porsche Curves.

Here’s some of those moves from onboard Alonso’s car as he follows Lopez.

And that’s just one reason why Toyota’s pace advantage doesn’t mean it’s going to be an automatic victory – it could so easily go wrong. 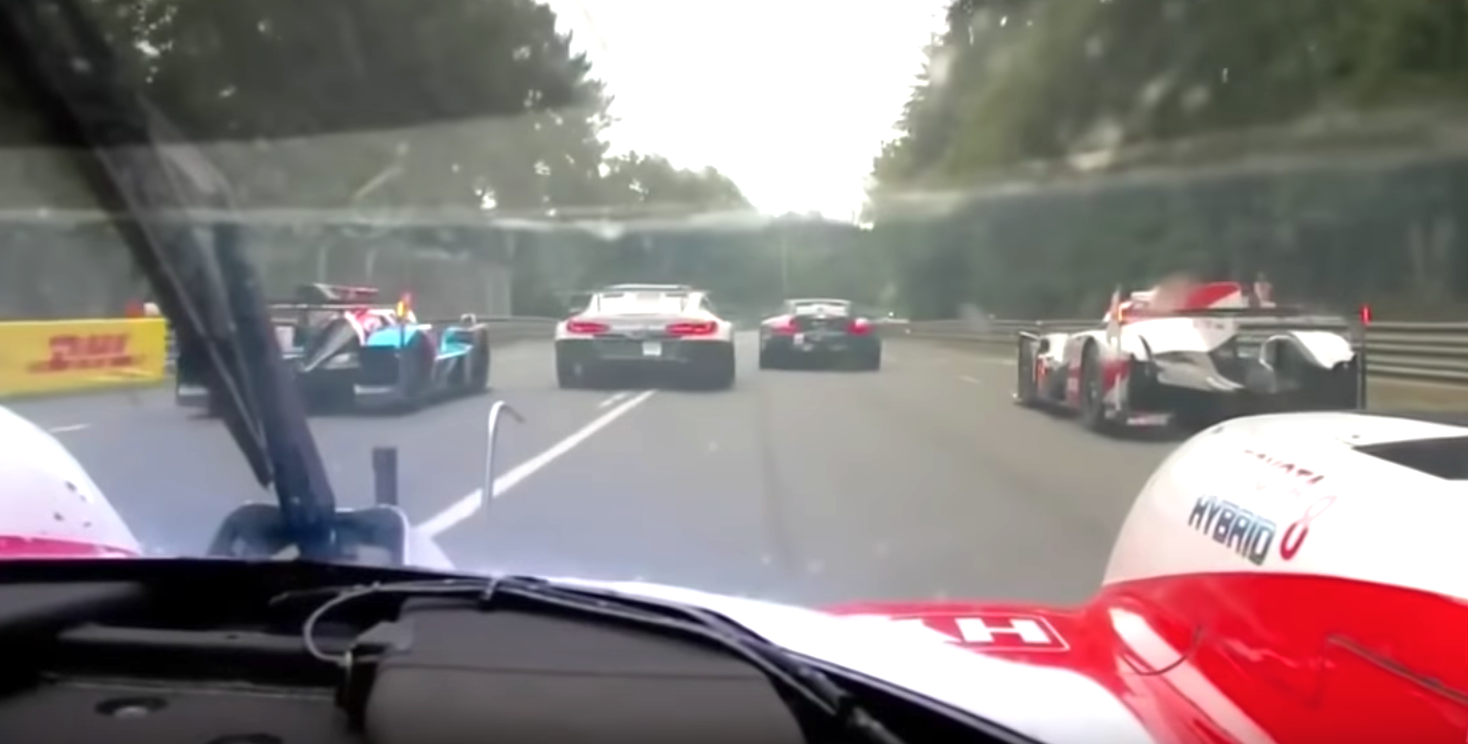