A couple of years ago, if Alonso had crested a dune, rolled over twice, and then drove off, it would probably have been the most dramatic and memorable Bahrain Grand Prix of all time.

But in the Dakar Rally, that sort of thing is par for the course – and that’s exactly what happened to Alonso at the start of the 10th stage.

Not a smooth start of the stage for @alo_oficial!

He dropped over 1h with an early crash and resumed driving without a windshield!

It’s not the first major incident he’s had, either. On the second stage, a wheel was ripped from his Toyota Hilux and the subsequent repairs cost him and co-driver Marc Coma more than two hours.

Despite these delays, Alonso currently sits 14th in the overall standings and the highest rookie, and during the eighth stage he managed to impressively set the second-fastest time. The event finishes on Friday and there’s still a chance he can make it into the top 10 overall, which would be a very strong result for someone with so little off-road experience. 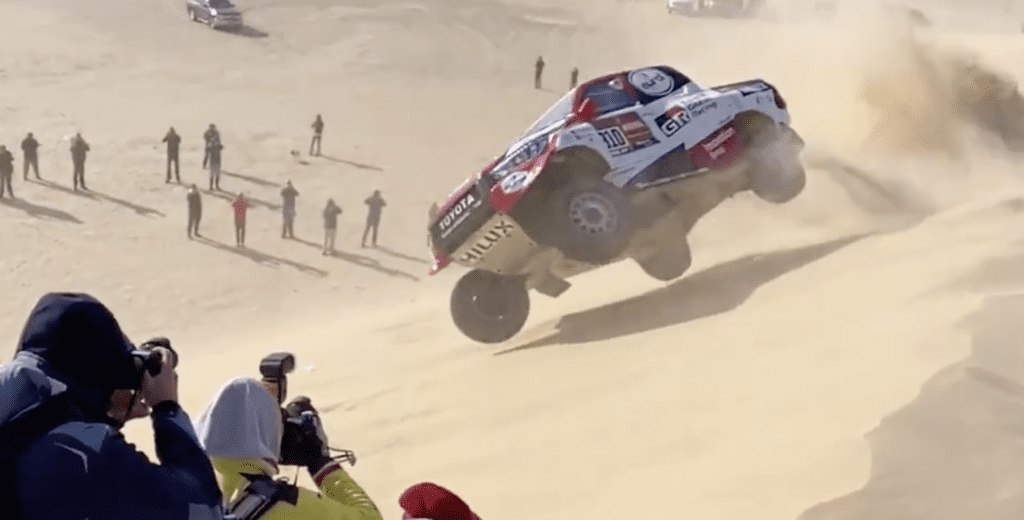