When it comes to extreme experiences even F1 can’t quite match the awesomeness of space flight, but are there any similarities? If anyone is going to know it’ll be Tim Peake, the ESA astronaut who spent six months on the International Space Station.

Although he has no racing experience you’d expect an astronaut to pick up on the skills pretty quickly, and it’s not long before he gets to grips with the Red Bull Ring.

Oh, and keep an eye out for some of the cheeky photos the engineers have modded into the sim!

Not bad! Ok, so he’s taking a few liberties with track limits, but the man has been to space, so we’ll let him off.

Interestingly, Tim Peake isn’t the first person who’s been in Earth’s orbit to drive in Red Bull’s simulator. That honour fell to Mark Webber, who spent a few seconds in orbit after running into Heikki Kovalainen during the 2010 European Grand Prix at Valencia. 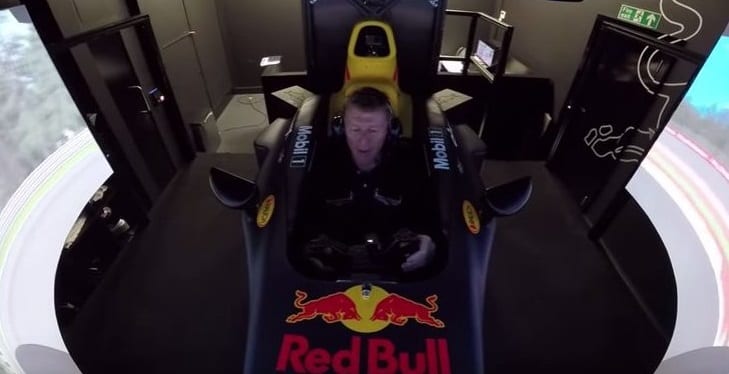