Given that Carlos Sainz is one of the greatest rally drivers of all-time it’s not that surprising that his son has also turned out to be pretty handy behind the wheel.

Red Bull pitched father against son in offroad karts – Sainz Sr. in one replicating his Peugeot Dakar livery, Sainz Jr. in one that proves Toro Rosso’s livery looks good on anything.

Whilst Sainz Jr. has focused his career on circuit racing where getting sideways is generally a bad thing, this proves he still knows how to handle himself on dirt.

One thing he evidently can’t handle is how to pour orange juice. That was barely even a dribble! 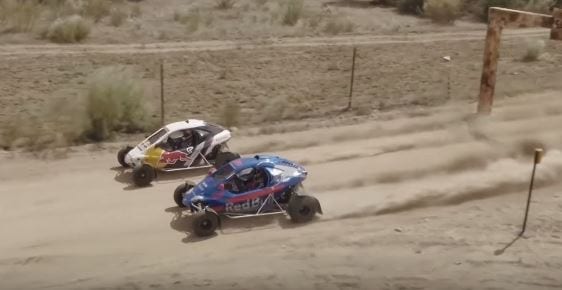