Watch Epic Onboard Footage From Mick Schumacher’s Demo At Spa

To mark the 25th anniversary of Michael Schumacher’s first F1 victory at the 1992 Belgian Grand Prix, his son Mick completed a demo run at Spa in his Benetton B194.

Mick took to the track in his father’s 1994 championship-winning car just before the start of this year’s Belgian GP, and it looked like a very special moment.

Well, now onboard footage via Rennwerk has hit the web, showing off European F3 driver Mick’s lap of the iconic Belgian circuit in an equally iconic F1 car.

He’s not giving it everything, but we’re pretty sure he wasn’t allowed to. After all, the car has to get back in one piece. But, it was still a very cool moment and way to celebrate the milestone.

So, sit back, relax and enjoy the sights and sounds of Mick taking his father’s 1994 F1 machine around the sweeping, undulating Spa track. 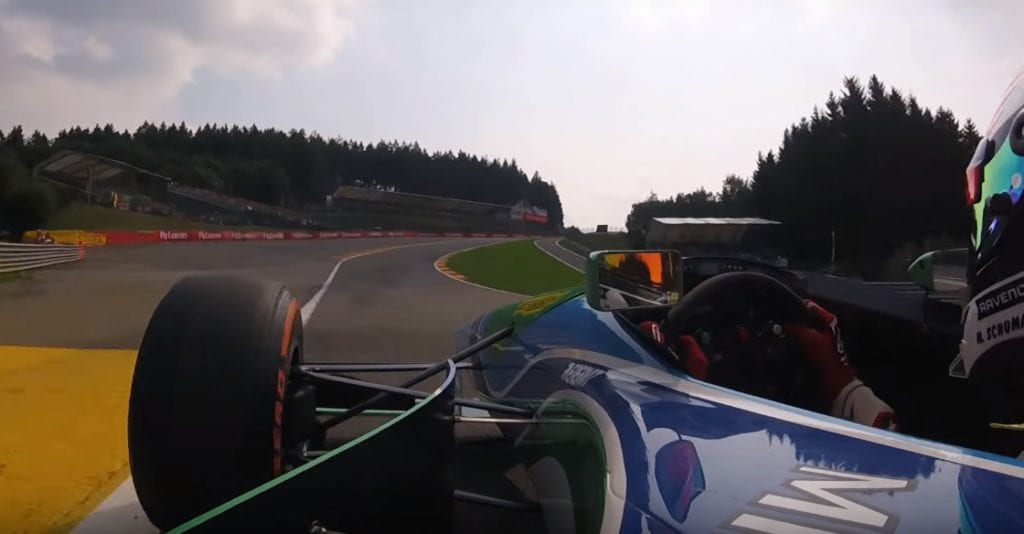