After having to miss the Hungarian Grand Prix with an illness, Felipe Massa will have been looking to get back into the swing of things pretty quickly at Spa.

Unfortunately for him he lost control of his Williams on his first flying lap, bringing out the red flags little more than 15 minutes into FP1.

A fan filmed the accident and seemed to be pretty happy that he caught the moment on video. Then, in an impressive display of speed, they managed to upload it to YouTube pretty much straight away. Not bad!

Whilst the fans were treated to a bit of a gravel shower, the hefty impact meant that Massa was sidelined for the rest of the session. He also had to pay a quick trip to the medical center as a precaution, though he was given the all clear.

The accident happened coming out of Les Combes, which is a slightly unusual place to see a car go off. Either way having an accident so early on isn’t the best way Massa could have started his weekend… 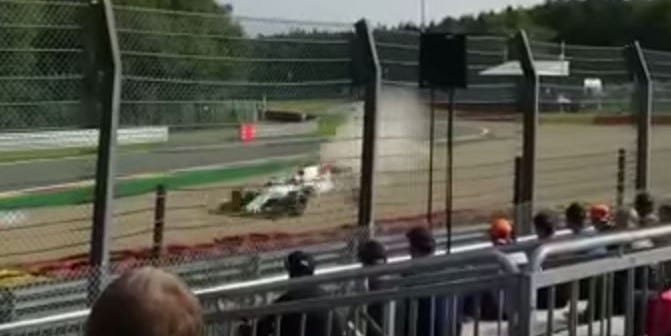