After all the months of hard work that goes into development and testing, winning the first race of the season must be a huge feeling of relief and excitement, especially when you haven’t won the opening race since 2010, and haven’t won at all for 18 months.

There was an awful lot of those feelings and more on the pit wall after Vettel took victory in Melbourne and this video from above the pit garages gives a great view of their reaction as he crossed the line. Also, listen to the crowd! Obviously anyone except Mercedes winning is reason for the fans to be happy.

Although most of the team can carry on celebrating once the race is over, some of them still have a job to do. Check out the guy who has to fetch the railing posts whilst the rest of the team are running around and embracing each other. I hope someone bought him a beer later! 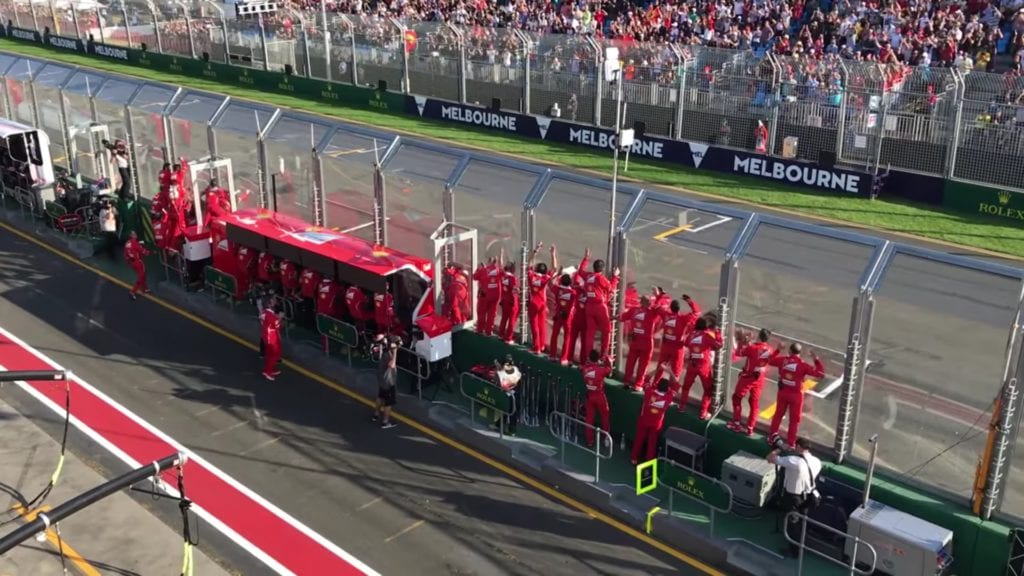