Gerhard Berger was always an aggressive and entertaining driver, a fact that often gets forgotten in light of some of his teammates. After all, Ayrton Senna and Jean Alesi weren’t exactly boring!

In 1995 Ferrari produced their best car for some years. Although the 412T2 wasn’t quite a match for Benetton and Williams it wasn’t far off, and Berger himself was leading the San Marino Grand Prix until he stalled during a pit stop.

Berger had three podium finishes from the first four races and heading into the Monaco weekend was determined to add another one. The problem was that the V12 engine, whilst powerful, wasn’t especially suited to the tight and twisty street circuit. So in order to get the best from it, Gerhard had to get creative.

Get ready for some seriously brutal laps, both in terms of Gerhard’s driving and the glorious sound from that wonderful Ferrari V12. It really is magical to watch – and there’s even some bonus anecdotes from John Watson.

Berger’s efforts were enough to put him fourth on the grid, behind Hill, Schumacher and Coulthard, but he beat team mate Alesi’s time by more than half a second – no mean feat at all!

In the race he managed to go one better and finish third, the last driver on the lead lap behind race winner Schumacher and second-placed Hill.

His results over the rest of the season tailed off a bit and although Berger generally had the better of Alesi in qualifying, in the races it was the other way around. But, as he showed here and as he continued to show during his last two seasons with Benetton, you certainly couldn’t criticise him for not trying! 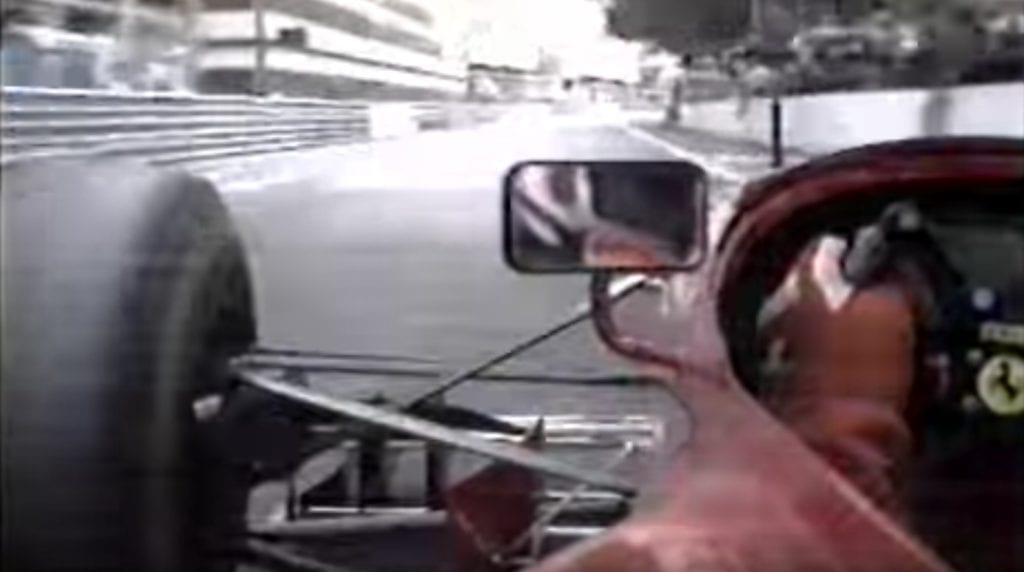