Watch Hamilton Thrash His Kart To A Race Victory Back In 1998 – WTF1
Skip to content
×
Formula 1 , Kart , Retro

With modern drivers getting swept up in the glamorous and high-tech world of Formula 1, it’s easy to forget where their racing careers first started.

Hamilton had been karting for a little while when he stepped up to Formula Junior Intercontinental A and this 1998 race at the Larkhall circuit was captured on camera.

It shows Hamilton chucking his No.44 kart around the track in slippery, wet conditions to take victory by a staggering 15 seconds.

Also, it’s funny to hear him talking about just ‘sticking with second’ if he can’t get passed the person ahead of him. Present-day Hamilton wouldn’t be happy about that.

It was in April that year when Hamilton signed a development driver programme with McLaren – kick-starting a relationship that lasted all the way to the end of 2012, when he left the McLaren F1 team for Mercedes. Loads of people were a bit confused by his decision to switch at the time, but no-one is questioning it now! 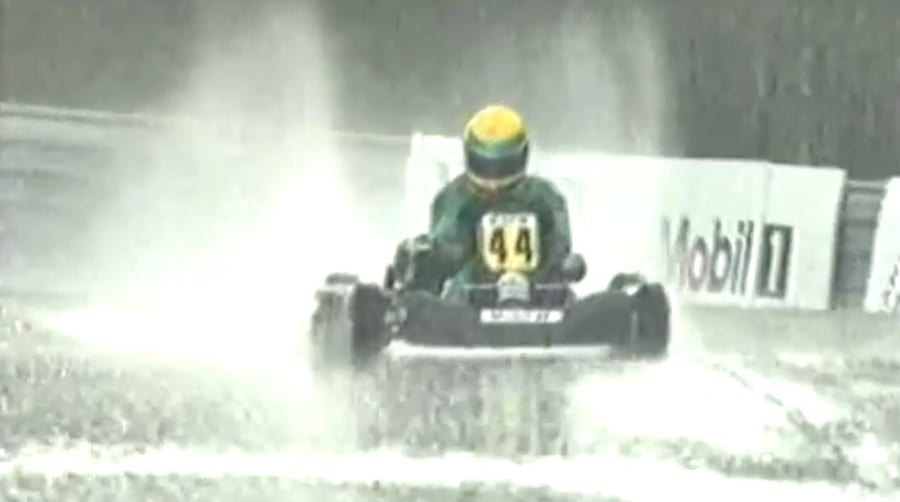