Watch Highlights From The Opening Round Of The WEC At Silverstone

Despite a depleted LMP1 field for this year the season-opener of the World Endurance Championship was an incredibly exciting race.

Toyota looked set to dominate after being much faster than Porsche in practice and qualifying, but thankfully in the race things were much closer, with only six seconds separating the top two after six hours of racing.

Conditions were classic Silverstone as sporadic rain-showers dramatically changed the complexion of the race. There was plenty of action across all classes, including a massive smash for the No.7 Toyota. Check out the highlights below:

Yes, you heard right – Jackie Chan won the LMP2 class (as a team owner) whilst the No.8 Toyota of Sebastien Buemi/Anthony Davidson/Kazuki Nakajima just held off the No.1 Porsche of Nick Tandy/Andre Lotterer/Neel Jani for overall victory.

Although Audi are still missed it’s shaping up to be a pretty tasty season across all the classes. The next race is at Spa on 6 May, where Toyota will be running a third car in preparation for Le Mans. Let’s hope it’s just as much of a thriller as Silverstone was! 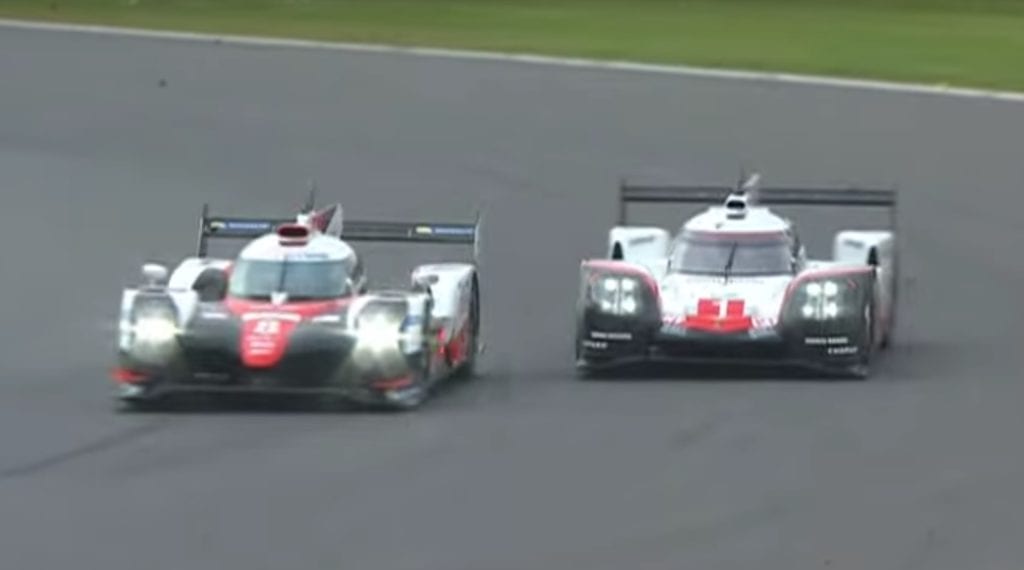