One of the absolute highlights of the historic racing festival that is the Silverstone Classic is the presence of the FIA Masters Historic Formula 1 Championship. Open to 3-litre cars built between 1966 and 1985, the championship features a whole host of legendary cars from the likes of Tyrrell, Hesketh, Williams and Brabham.

Will every car in the race being powered by the legendary Cosworth DFV engine the sound is pretty incredible. And just because the cars are classic it doesn’t mean the drivers nurse them around slowly so as not to damage them – this is proper racing and the drivers really go for it, as you can see from this highlights video.

With so many different cars from different years taking part there are different classes within the race, as obviously an ex-Jackie Stewart Tyrrell isn’t going to be able to compete with ground effect cars, and in the end it was the Williams FW07B (as raced by the RAM team back in 1980) which took top overall honours ahead of another Williams, a 1981 FW07C. 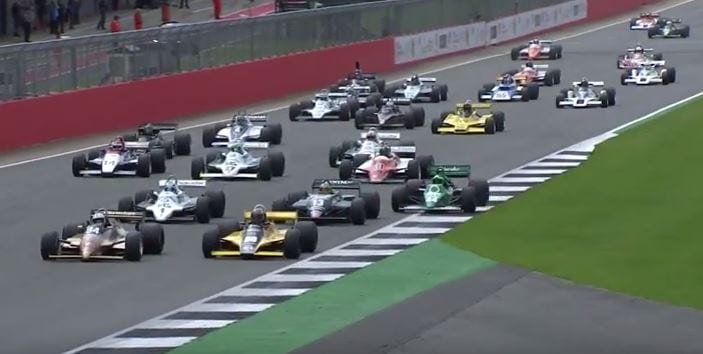