Watch How Updates To The Yas Marina Circuit Are Coming Along For The Abu Dhabi GP – WTF1
Skip to content
×
Circuit , Formula 1 , Videos
1 comment

Honestly, 2021 seems like a dream at this point. We’ve got a tasty championship battle on our hands, over half of the grid have found themselves on the podium, and even the French Grand Prix was a banger. To add to the great news, Abu Dhabi even announced they’re changing their track layout for the race at the end of this year.

This is the first big upgrade to the track since 2009, and they hope the changes will make for even better racing. They’re a third of the way through the project and have now completed all the track’s necessary demolition, which includes things like floodlights, barriers and asphalt.

Lewis Hamilton has previously said that dealing with the dirty air at the venue is like rallying; there’s no grip. To save tyres and pace, drivers need to hold position further back. There’s no hope for racing.

The changes they’re going to make are to deal with this.

If you’re wondering how these changes will improve racing, here’s your answer.

Basically, a faster corner is better at keeping cars close together than a slow corner. Getting rid of an unnecessary chicane, like the one at the end of the first sector that forces cars further away, means they can stay closer and have more chance at an overtake when it comes.

The fast corners are better because of the smaller impact on the aerodynamics in comparison to the slow corners. This is because the difference in speed from the straight to the corner is relatively small, so there is less need to slow the car down. This also means there is less load on the tyres, which can be managed easier by the drivers.

Finally it looks like we’re getting changes to the #AbuDhabiGP circuit to improve overtaking 👀 What do you think? 🤔 pic.twitter.com/vOXUja1Q4b

Every change to the Abu Dhabi track is about making it faster. Getting rid of the early chicane means that cars can be really close entering the wider and faster hairpin before the first long straight. Drivers could make a move there or be close enough to do one on the DRS straight.

Then later round the lap, we have the new long, banked corner. It will be really quick in qualifying, and in the race, cars could be approaching it side by side after the second DRS straight. The overtake becomes much more spectacular and could carry on all the way up until the hotel section if they stay alongside each other! Just wow!

The small modifications to the hotel section are cool, too, as are the changes to the penultimate corner, which will be a flat-out launch into the end of the lap.

The end of the 2021 season looks set to be unreal, and if Max and Lewis can keep it this close, then we’re in for a grandstand finish! 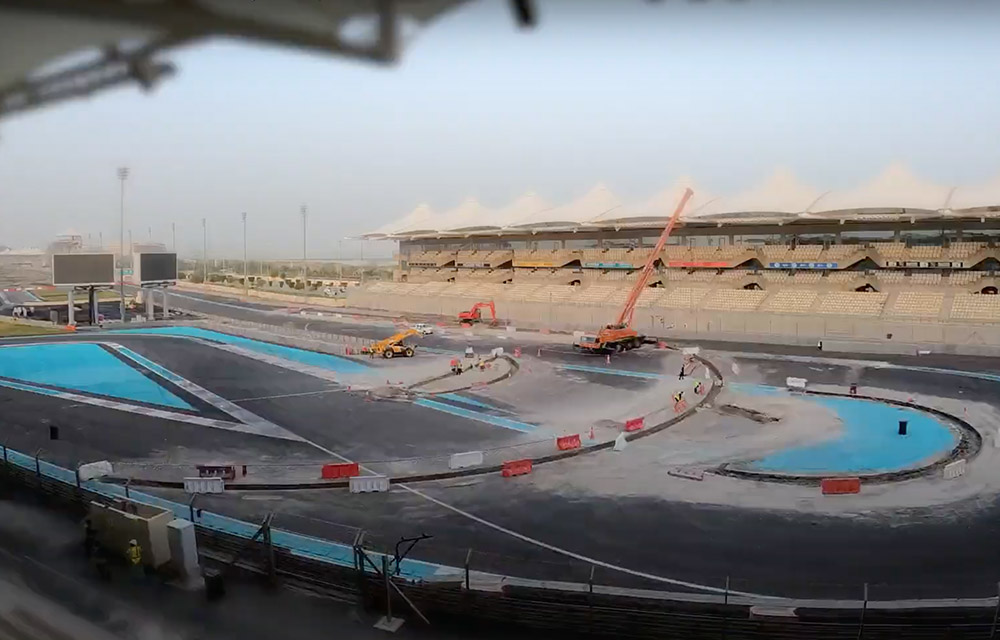