Watch Hulkenberg Casually Drive With No Hands At 170mph

Sure, Nico Hulkenberg wasn’t pushing hard in Q2 when he took his hands off the wheel but he was still going 267kph – or 166mph (not 200mph as the video title suggests) – at the time.

The Hulk seemed to be either on an out-lap or in-lap when he let go of the steering wheel, as you do. He wasn’t pushing through the long sweeping corner than goes onto the back straight in China.

It looked like he was tweaking something with his helmet, maybe the strap or visor, and the long, long straight (it goes on forever) in Shanghai was the best opportunity to do so.

Did anyone think, “look, no hands”, when he did that? Or was it just me?

It’s not fully clear from the camera view but it looks like he could’ve held the wheel of his Renault F1 beast steady with his knees, which is a smart move.

There was loads of road ahead of him and no traffic, so there wasn’t much risk, but taking both hands off the wheel of an F1 car at any time is still ballsy. 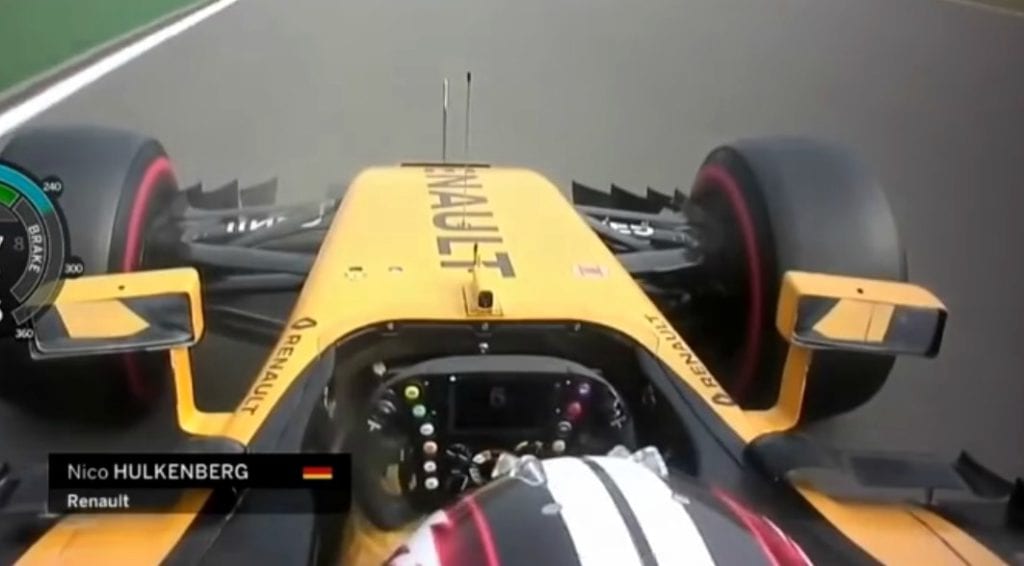