When Tyrrell unveiled it’s latest car in September 1975 (yep, new car launches could happen at any time back then) jaws dropped to the floor – it had six wheels!

Called ‘Project 34’, the idea was that having smaller front wheels would reduce the amount of lift generated at the front of the car, but in order for the smaller tyres to maintain the same contact patch with the road it’d need four of them.

The car generated a huge amount of publicity for the team and it even tempted a certain Jackie Stewart to jump in a racing car for the first time since he retired at the 1973 United States Grand Prix. During a test at Paul Ricard a few weeks after the cars unveiling he took the P34 for a spin with all sorts of onboard cameras attached and commentated on the experience. It made for a mega video.

Although it was only a test Stewart seemed to be giving it some – he gets it sideways more than once, as does Jody Scheckter ahead of him in the older Tyrrell 007. And I love that the onboard cameras were so massive that it meant removing the airbox or front wing in order to fit them to the car!

Despite it’s early reveal, the P34 wasn’t actually ready for racing until the fourth round of 1976. Jackie Stewart was right – it was did turn out to be more successful than people expected, scoring several podiums throughout the year and even a 1-2 in the Swedish Grand Prix. It carried on in 1977 too but was killed off at the end of the season as a result of the lack of tyre development. 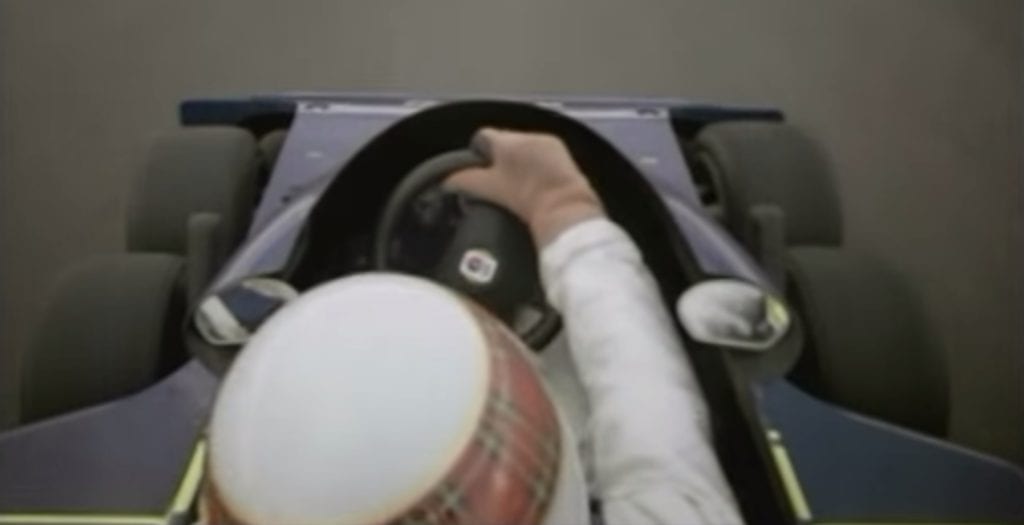