Kimi Raikkonen isn’t the chattiest Formula 1 driver to interview, even when he’s taken pole position for the Monaco Grand Prix, so interviews can be a bit awkward.

The Finnish driver snatched first place on the grid from his Ferrari team-mate Sebastian Vettel in Monaco, his first pole position since France 2008 (yep, ages ago).

After qualifying, F1 continued its trend of doing interviews in front of fans with the top three. NBC’s Will Buxton was tasked with getting some good soundbites out of Raikkonen.

It featured a few mentions of ‘bwoah’ and Raikkonen was typically cool, calm and collected. Well, until he dropped his race helmet.

As he tried to bend down and grab the helmet from the floor, he headbutted himself in the face with Buxton’s microphone.

You had to be pretty eagle-eyed to catch the moment. It was pretty hilarious though, one of those classic embarrassing little things you don’t want to happen on live TV. 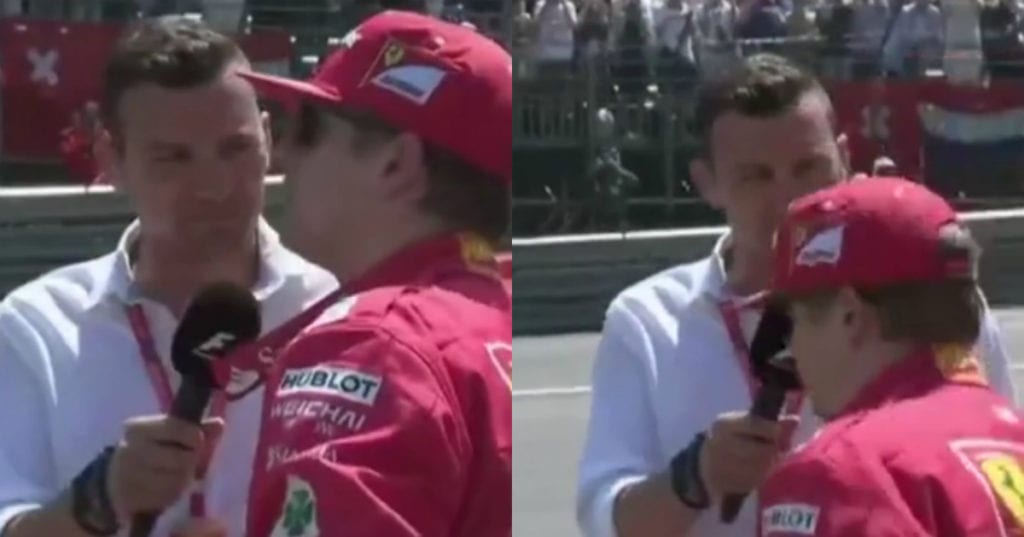