Charles Leclerc’s younger brother Arthur is a Sauber junior driver and currently races in the German Formula 4 championship. He’s doing well, too, currently sitting second in the championship, but at the most recent round in Zandvoort he had a bit of a nightmare – second in the first race was solid, but he spun off during the second race and then got caught up in this rather unusual incident in the third race.

Charging through from last on the grid, Lecler tried to take eighth place from Ido Cohen but ended up spinning around (clearly taking too much advice from his brother’s teammate). At that point, Leclerc tried to recover with a classic spin turn, only to give it a bit too much throttle and end up driving straight into the path of Laszlo Toth, putting them both out.

The lost points have hurt Leclerc’s title charge, too – he’s now 29 points behind championship leader Theo Pourchaire with three rounds remaining. But he’s a young driver and mistakes are going to happen – the most important thing is that he appears to have the speed. 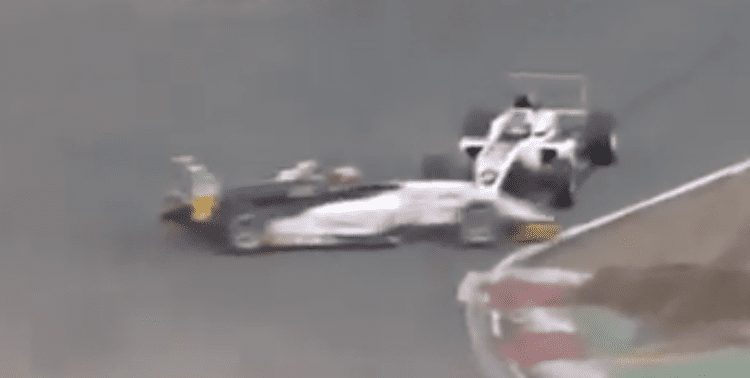