Hamilton was put in the hot seat by ESPN UK to play a game of ‘You Have To Answer’. It’s a pretty simple format – he’s given two similar things and told to pick which he likes most. It starts off with fairly tame things, like whether he prefer baths or showers, but quickly gets into some more meaty stuff like which drivers he likes best.

He ignores the rule of having to answer on a few occasions, but we’ll let him off because it’s worth it just for the question of having to pick between Fernando Alonso and Nico Rosberg. 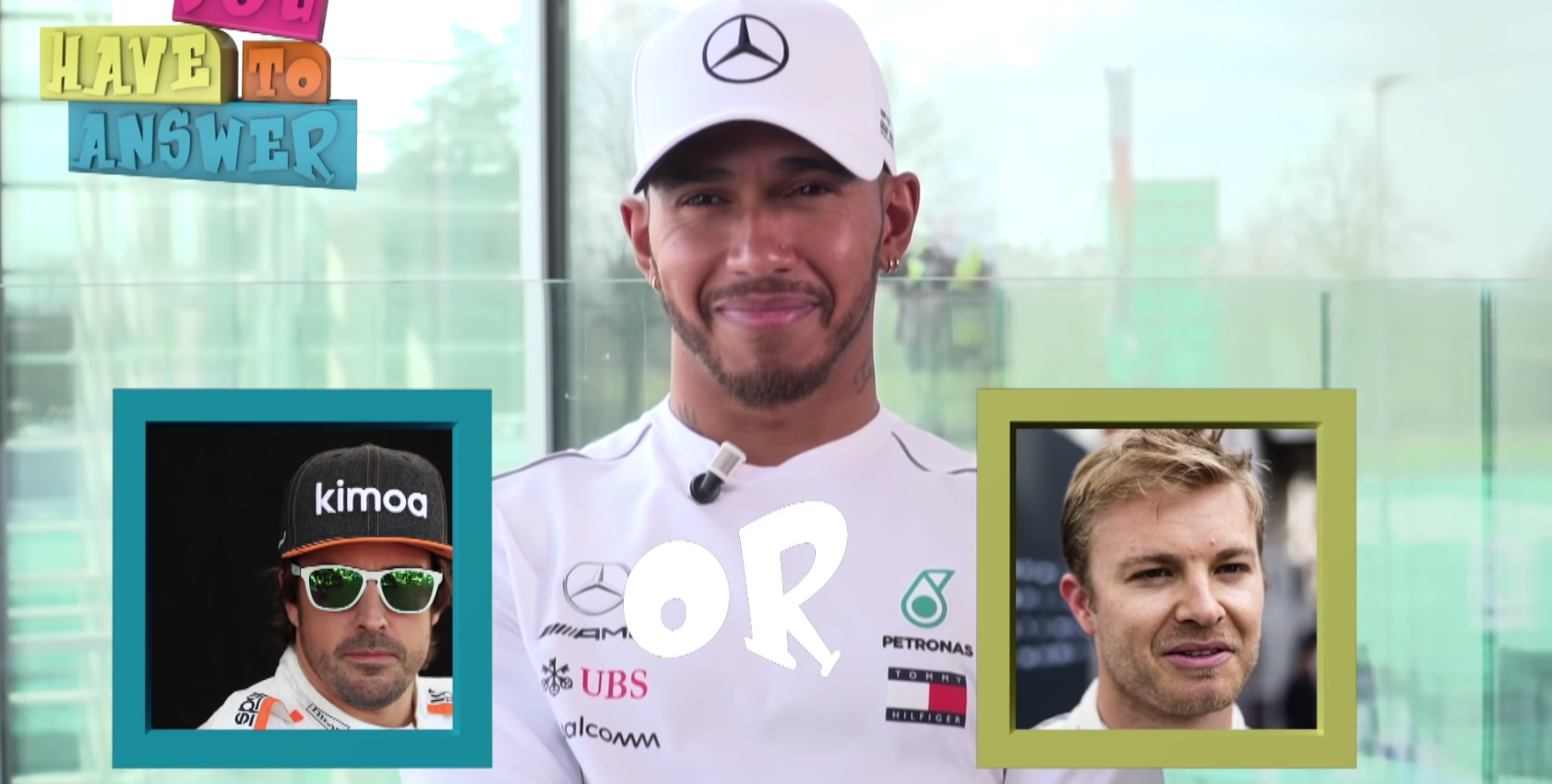