Watch Lewis Hamilton Jump Into A Crowd Of Fans At Monza

Following his victory at Monza Lewis Hamilton may have got more than a few boos from the Tifosi, but there were plenty of his fans there too.

Once he’d finished all his various debriefs and interviews he went back out to the track to see those who had waited to see him. After signing a few flags and caps he then jumped into the crowd, and a fan filmed the whole thing.

Ok, so it’s not quite the full-on crowd surfing he did at Silverstone, but it’s still pretty awesome. It’s great to see a driver giving so much back to their fans. 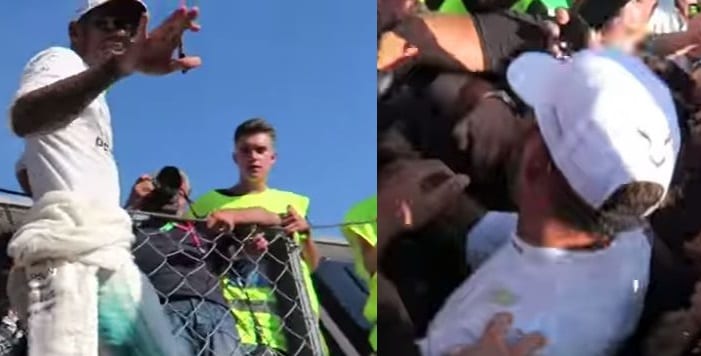