F1 drivers always have to be careful with their words, particularly when tempers are running high. That wasn’t the case for Kevin Magnussen though, who wasn’t afraid to tell Nico Hulkenberg what he thought in the media pen.

The two drivers banged wheels during the Hungarian Grand Prix and when Hulk came up to K-Mag and gave him a sarcastic thumbs up while saying he was “the most unsporting driver”, the Haas driver replied with… “Suck my balls!”

Did that really just happen?

Wow. @HulkHulkenberg says KMag told him to "suck his balls." Tells us the Haas driver is "nasty" & an "asshole." Will talk to Charlie.

“Will talk to Charlie” of course being the F1 equivalent of “I’m telling mum!” 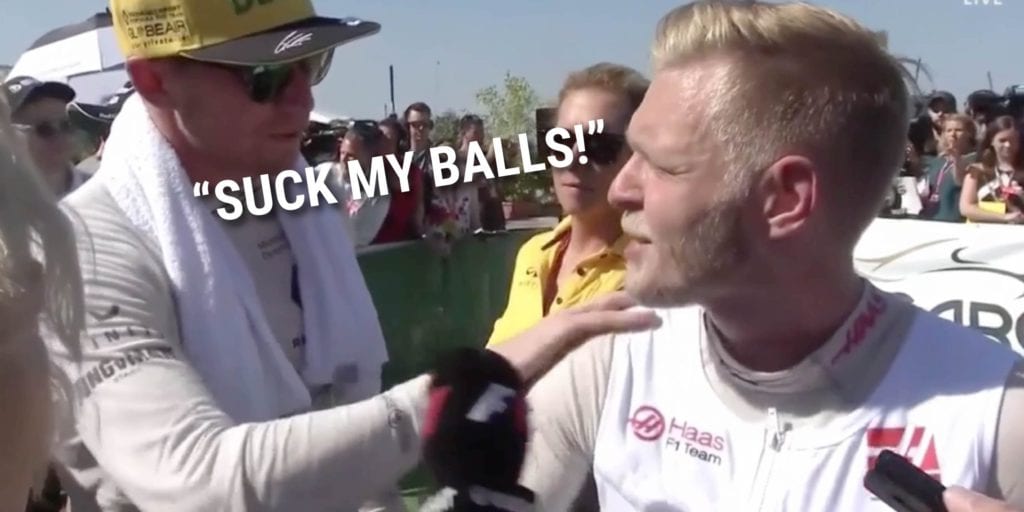