Although American motorsport is synonymous with oval racing, the USA probably has a wider selection of absolutely incredible road courses than any other country. Sonoma is no exception, with its high-speed, undulating corners and generally old-school feel – and what better car to drive around it than one of the greatest F1 cars of all time, the Ferrari F2004.

Yup, this is the car Michael Schumacher used to win 12 of the first 13 races in 2004 on the way to his seventh and final world championship, and it’s now being used by Marc Gene at one of Ferrari’s Corse Clienti events (albeit with slick tyres). Just like his Road Atlanta lap last year, it’s a proper sight to behold.

OK, so it’s branded as an unofficial lap record, but that’s only technically correct as the layout Gene is using is slightly different to the comparison lap set by Marco Werner’s Audi R8 during the ALMS race in 2004. Gene takes a different route through the hairpin in the middle of the lap, and also uses the chicane at the end of the lap, rather than the faster, sweeping left-hander that Werner would have used.

However, since Gene’s lap was on a variation of the circuit that I don’t think has actually been used for any major race events, chances are that it is still an unofficial track record – just not when compared to the ALMS records of the early 2000s. Like I said, technically correct.

If an F2004 did the proper full layout, it’d be more than just half a second quicker than an LMP1 car… 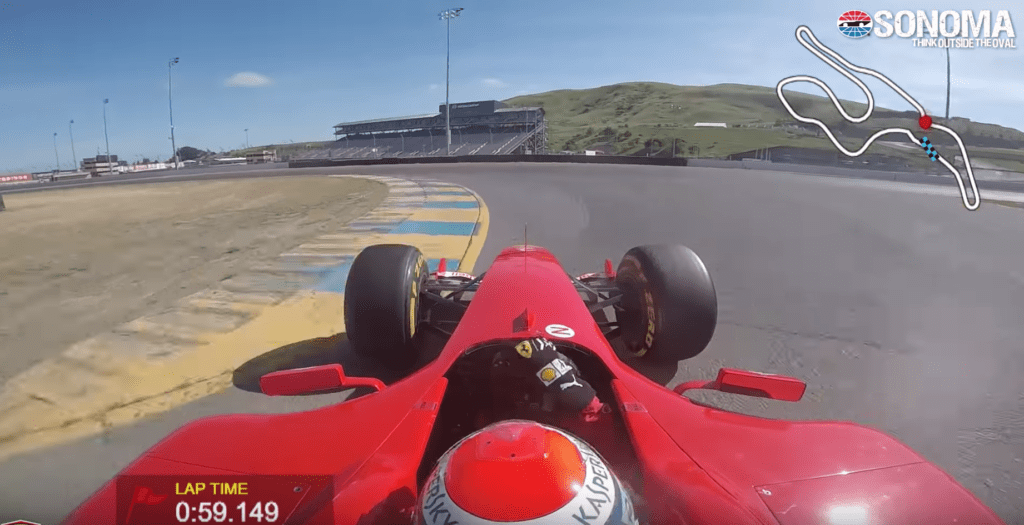