Red Bull’s pit stops have been out of this world this year, with the world record recently being lowered even further courtesy of an astronomically quick 1.82-second stop for Max Verstappen in the Brazilian GP. Of course, it helps when the team atmosphere is so good following the incredible progress of Red Bull and Honda this season and the space between them and Mercedes and Ferrari is decreasing so much.

Even though the gravity of the task ahead of them should not be underestimated, it’s good to see that Red Bull still knows how to have a bit of fun. Presumably sick of being better than everyone in regular earth conditions, the team decided to have a crack at performing a pit stop in zero gravity conditions.

Now, taking an F1 car up to the International Space Station would have been a bit difficult to organise, so instead the team hopped onboard a Russia Ilyushin Il-76 MDK aeroplane – the kind that’s used to train cosmonauts for their trips into space.

To achieve the zero-gravity effect, the plane moves up to around 33,000 feet and flies in a very specific and carefully calculated arc, causing everything inside the plane that isn’t nailed down to move into the air, simulating a lack of gravity. This flight pattern only lasts for around 20 seconds a time, giving the mechanics a target time to try and get everything done.

Not bad! 20 seconds is obviously far too long for a stop in a regular grand prix (and has been since about 1976), but when Liberty Media inevitably organises a race on the moon in 2034, I know which team my money will be on. 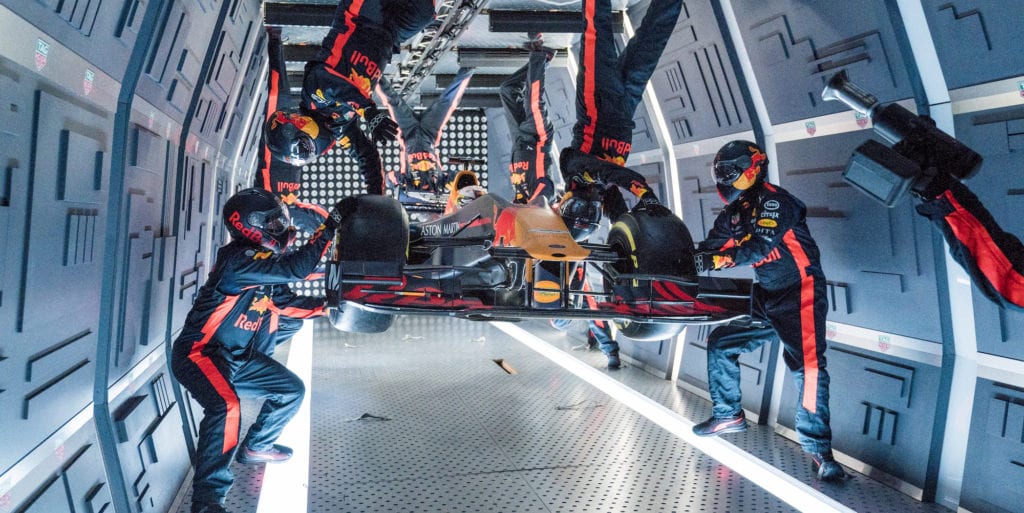