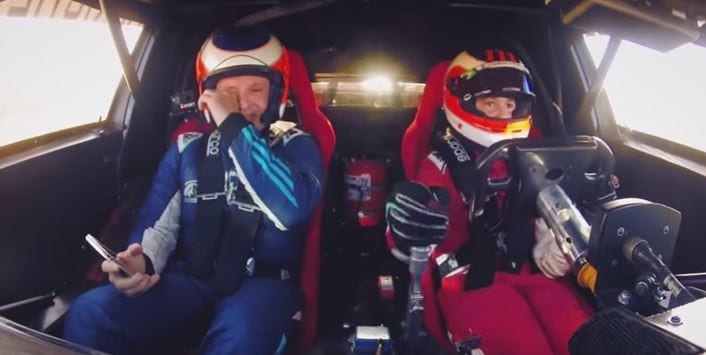 Eduardo Barrichello is about to follow in his father’s footsteps and embark on his own single-seater career, and the 15-year-old recently got to sample the machinery his dad currently races.

Rubens has been racing in the Brazilian Stock Car championship for the last few years (even winning the title in 2014) and after watching his son drive his car for a few laps he got in and rode shotgun.

Rubens has always been an emotional guy, and it wasn’t long before the tears started to flow once more (the passenger ride starts at the 11 minute mark).

You don’t need to know Portuguese to understand just how much it means to him, but Reddit user fabiofabris has translated what Rubens said when they stopped.

“Man, I have never felt so emotional in my life, swear to God. Congratulations, fucking hell! I never thought that when I gave your kart when you were 6 you would want to do this. Man, If I was not wearing a seatbelt I would be have been thrown out of the car! I don’t know if you will win something, but you do drive like hell. Thank you very much, I have never had a day like this, swear to God, don’t know where to start.”

Now that’s what you call a proud father!