Watch The Frantic First And Final Lap Of The F2 Feature Race In France – WTF1
Skip to content
×
Formula 1 , News

Rain may not have come down during the F1 race, but Saturday’s F2 feature race certainly saw a sprinkling. It wasn’t enough for wet tyres (F2 doesn’t have intermediates), but it was enough to make the circuit treacherous in the early stages. As a result, the first lap saw plenty of action.

That sort of thing carried on right throughout the race until the last lap, with George Russell trying to fend off Sergio Sette Camara for the win.

Further back there was even more action as Tadasuke Makino and Nicholas Latifi fought hard for the all-important eighth position and reverse grid pole, with Latifi pulling off an epic move to secure the place.

Another thing that makes it so good is the incredibly contagious energy of Alex Jacques and Davide Valsecchi, who give off the exactly kind of excitement you want from commentators. 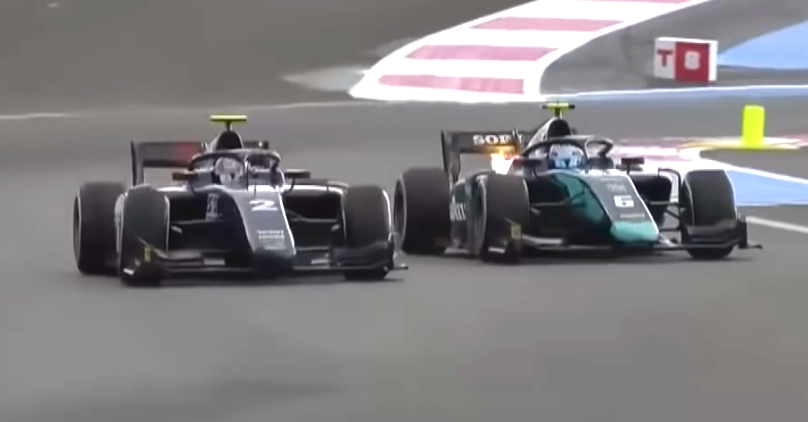