Watch The Volkswagen I.D. R Set Its Record-Breaking Lap Of The Nordschleife

Although the car set the electric lap record around the ‘Ring (and by a comfortable margin), interestingly the I.D. R also beat Stefan Bellof’s former lap record – though it was still 45 seconds off of the 919 Evo’s blistering time.

Given that the car was basically designed for Pikes Peak – a course very unlike the Nordschleife – we were quite interested to see how it went about achieving its lap time. Thanks to the full lap video (most of which is onboard), we can now see. The car rarely hits more than 250kmh (155mph), but more than makes up for it with epic corner speed and serious acceleration.

Six seconds quicker than Bellof’s Group C time might not sound like a lot of progress, but we beg to differ. Bellof’s Porsche 956 would have been topping 200mph at certain points, so for Dumas to be losing so much time on the straights and yet still be quicker shows just how much aerodynamic and tyre technology has moved on in 35 years.

So, we’ve seen a de-restricted Le Mans prototype and a modified electric hillclimb car set some seriously impressive times at the Nordschleife. Now can someone do it with a contemporary F1 car? Please!? 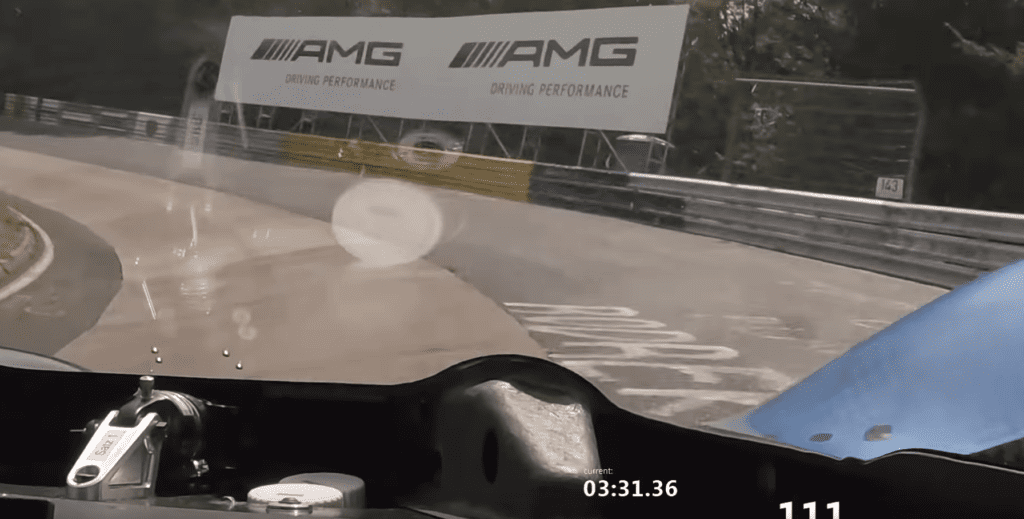