McLaren and Alonso really are going all-out for the Indy 500 this year, which has even meant a dedicated IndyCar team building his car at the team’s base in Woking. Since IndyCar is a spec-series, that meant the team received all the chassis components and had to assemble them into a complete Dallara DW12 like the world’s greatest Tamiya kit.

McLaren filmed the whole thing and has released the build as this fascinating time-lapse video, in which the No.66 car goes from a bare monocoque and engine to a complete car in less than a minute.

Check out this awesome time-lapse of the #McLaren66’s creation at McLaren HQ in Woking. 👀🤩 #RoadToIndy pic.twitter.com/AbMtwG7IcR

We’ve got to say, though, given how Alonso is preparing for the race, were surprised the mechanics didn’t put the car together at nine degrees, too… 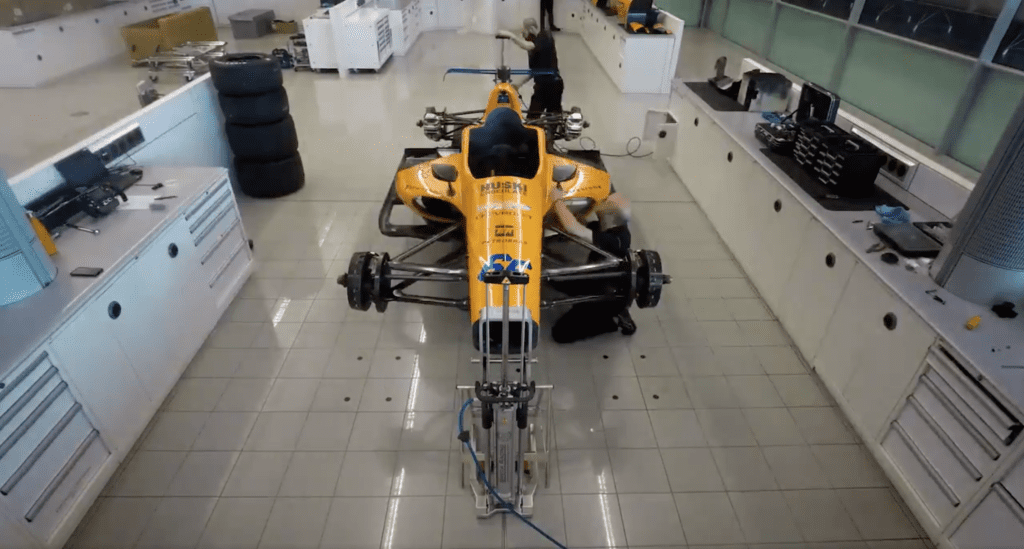