Watch Verstappen Deliberately Take Out Another Driver On iRacing

We’ve already seen this week how brilliant Max can be when it comes to iRacing, now it’s time for something equally spectacular – but in a bad way.

During a practice session for an F3 race at Brands Hatch, Verstappen was on a hot lap when he came across the slow-moving No.7 car of David Minton, causing him to spin. No biggie, it’s just a practice session, right? Well, yeah – but Max decided to show Minton exactly what he thought of his driving with a classic bit of public lobby-style revenge, all caught on camera by Twitch streamer MrGit.

Oof! Although iRacing does have strict rules around driver conduct, given the fact this is just a practice session and seemingly a one-off incident, it’s unlikely anything will come of it.

And when it comes to real-life racing drivers doing dodgy things on iRacing, a quick search reveals that Verstappen is hardly alone. Heck, last year, former Toro Rosso driver Scott Speed was banned from the service for repeatedly ramming people off in races. 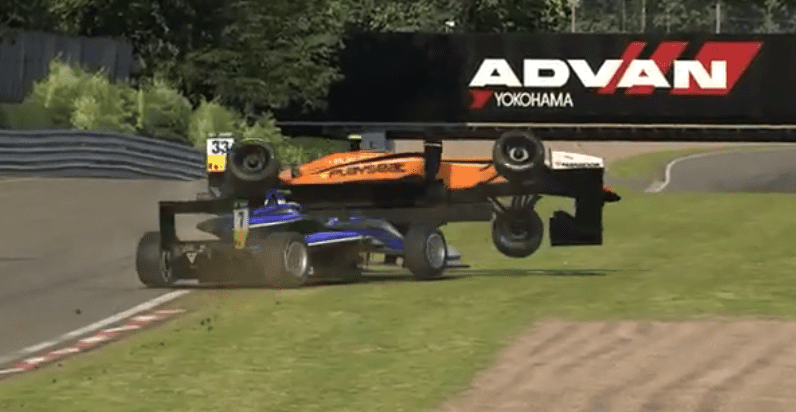