Watch Verstappen Race Around Silverstone In The New F1 2017 Game

With the British Grand Prix being this weekend at Silverstone, Codemasters has brought us some tasty new F1 2017 gameplay to take a look at.

What makes this gameplay trailer even better is that it includes Max Verstappen playing F1 2017, the Red Bull ‘Hall of Fame’ as a backdrop and a good look at a current car in the game.

Verstappen takes his Red Bull RB13 for a spin at Silverstone, as well as trying the RB6 that’s included in classic content and showing off the ‘Silverstone Short’ track configuration too.

Alongside the 20 official F1 tracks, the new F1 game – set for release on the 25 August for PlayStation 4, Xbox One and PC – will also include four short variations too. 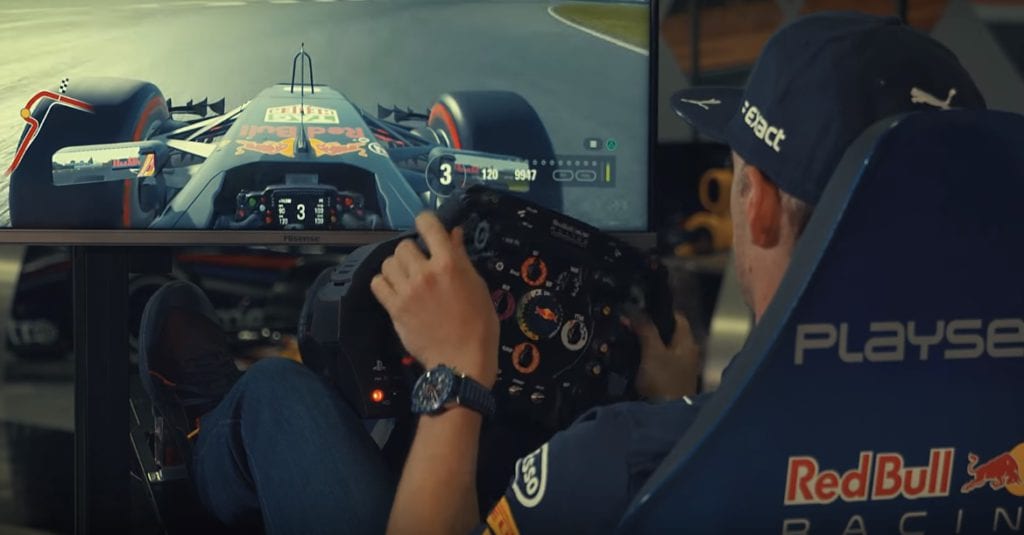