Daniel Ricciardo, Pierre Gasly and Brendan Hartley have recently attended a lecture on the Dutch language conducted by Professor Max Verstappen. Phrases like “pass the Dutchie to the left hand side”, “good job Spa-Francorchamps” and the universal “That’s Raidillon, actually” (not really/yet) all feature.

Ricciardo’s impression of an almost horizontally drunk Dutch person is second to none, he has mastered the technique to convincing effect, and the boozy twang on his accent frequents the video with an acceptable consistency.

Brandan Hartley managed to give us a rare insight into layering a Dutch accent on top of a heavy Kiwi inflection, the aftermath of this video is likely to result in several multi-year audio book reading gigs and possibly elusive voice over work.

And… at least Pierre Gasly has a go, even trying to continue as the Dutch words fall out of his mouth in disjointed blobs.

Professor Verstappen deploys useful, universal phrases such as “pass the Dutchy to the left hand side”, which is deployed several times a day in everyday, legal, normal life.

Module 3 is expected to arrive in time, the class dismissed for some racing project going on this weekend. 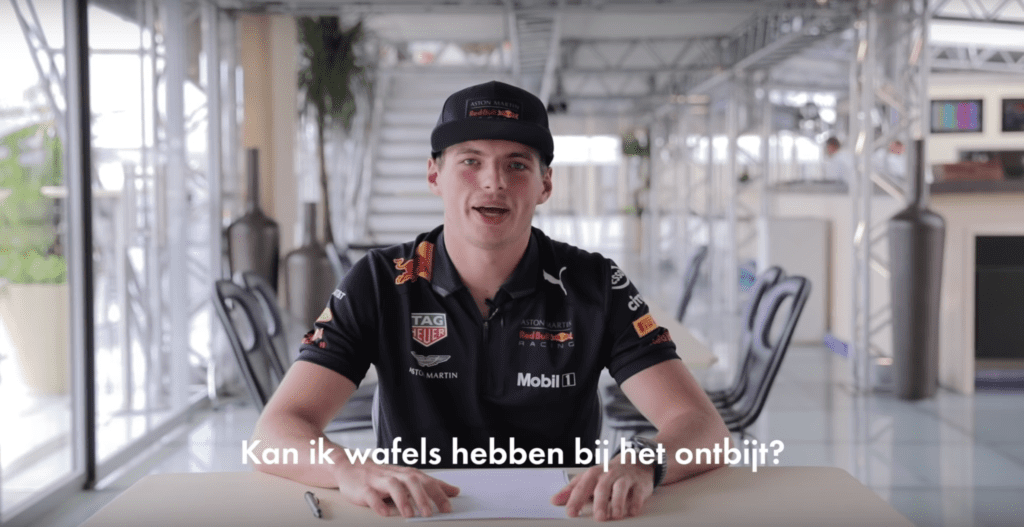