Watching A Spin At Laguna Seca’s Corkscrew Through Visor Cam Is Exactly As Terrifying As You Think – WTF1
Skip to content
×
Juniors , Onboards

In the late 1950s and early 1960s, Formula Junior was the series to be in if you wanted to learn all about how to go single-seater racing.

The likes of Lotus, Brabham, and Cooper all built cars for it and with so many knocking about, it’s ended up being a pretty popular category in historic racing.

Weighing only around 400kg and powered by tiny 1.1-litre engines the cars are incredibly nimble, as you can see from this visor cam of Danny Baker hammering his Lotus 27 around Laguna Seca.

Even though the speeds are low it’s pretty spectacular to watch, with plenty of sideways moments – especially when he comes up to the fabled corkscrew corner on the third lap…

That’s some properly brave driving to get straight back on the pace after a spin like that!

The cars look seriously fun to drive too – when can we have a go?! 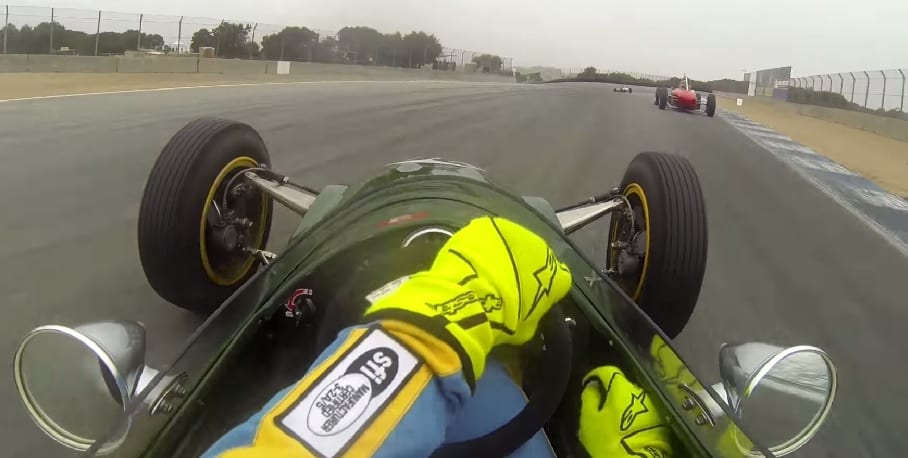