Though it seems weird to anyone who watched him rip up the rookie rulebook in 2007, Hamilton is definitely one of the elder statesmen of F1 these days, with a ton of experience of just about any scenario F1 can throw at a driver. He’s old enough and wise enough to know that even though he drove superbly and pulled off some awesome moves to get to second place, the win itself was pure luck – fantastic for him, terrible for Leclerc.

Though Hamilton can be a decisive character, you can rarely accuse him of having his heart in the wrong place. After getting out of his car, his first thought wasn’t to go and celebrate with his team, but to run over and commiserate with Leclerc on what should have been the 21-year-old’s first win – a nice touch.

He wasn’t done there, though. In the post-race interviews he said Charles has “many wins to come” and then in the cooldown room he took time out to give Leclerc a touching speech about his future, saying:

That’s quite the endorsement from a five-time world champion and someone Leclerc will have been watching since he was a kid – he’d only have been nine years old when Hamilton made his debut!

OK, so it did sound a little bit awkward, but the sentiment is there. In a sport where we focus on the rivalries, it was pretty cool to see a moment of genuine admiration from one great driver to someone who’s surely on his way to becoming one. 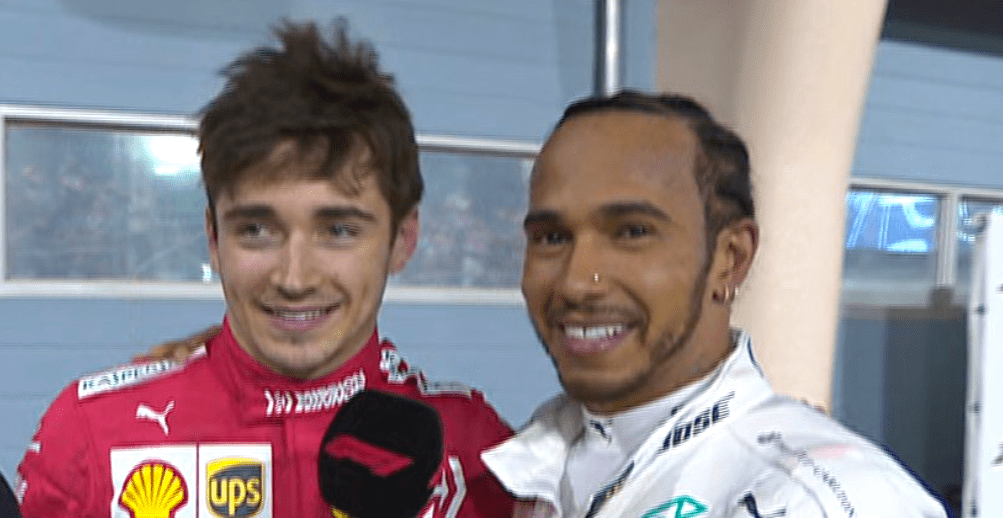