We’ve seen the ridiculous determination of FIA World Endurance Championship drivers before – if you crash and there are still four wheels on the wagon, there’s still a chance of a decent result.

With around two and a half hours of the 6 Hours of Silverstone remaining, the No.7 Toyota LMP1 machine driven by Lopez went straight on at Copse and smashed into the barrier.

It was an amazingly heavy hit and looked like the end of the road for the No.7, which had suffered a number of issues and setbacks earlier in the race.

But, Lopez was determined to get the car back on track, despite what looked like pretty severe damage. Having got a helping hand out of the gravel, he somehow dragged the TS050 Hybrid back to the pits.

The whole front end of the car was severely damaged and it looked like a lost cause but somehow Toyota repaired the car and got the No.7 back out to finish the race, albeit 38 laps down.

There was more success for the other Toyota, the No.8 taking the overall win at Silverstone, ahead of the No.1 Porsche. The No.38 Jackie Chan DC Racing machine took victory in LMP2, while Ford won with the No.67 in GTE Pro and the No.61 triumphed in GTE Am. 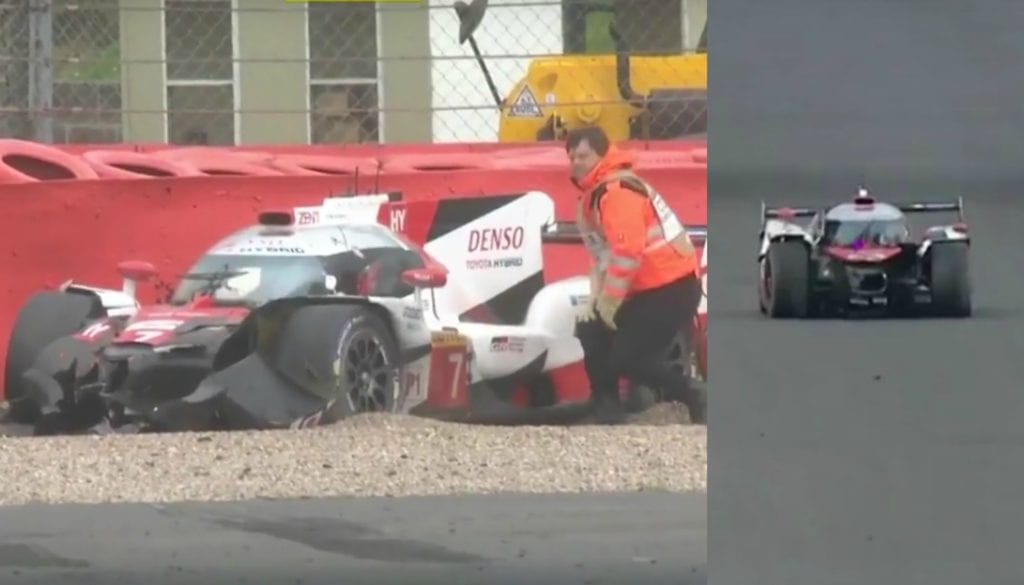