Wehrlein Had A Big Shunt During Hungarian GP Second Practice

Drivers continued to struggle in second practice at the Hungaroring, with tricky conditions causing some rather significant shunts during the course of the session.

Sauber driver Wehrlein had the biggest hit of FP2, with the German driver losing the rear and spinning off into the barrier at Turn 11.

He lost control, tried to correct it but spun around, hitting the barrier by the escape road entry on the right-hand side.

Because of the unfortunate location of the crash, his car then spun around and slammed into the barrier slightly further back, on the left-hand side of the Sauber.

It was a pretty hefty shunt, similar to Antonio Giovinazzi’s FP1 crash, but at a slightly higher speed and with a double impact.

His accident brought out the red flags and a little later, Jolyon Palmer tried to correct a twitch and spun into the wall at the final corner.

It’s a weird place to crash at, with Palmer’s session coming to an early end – and causing his second red flag of the day, and the fourth overall. 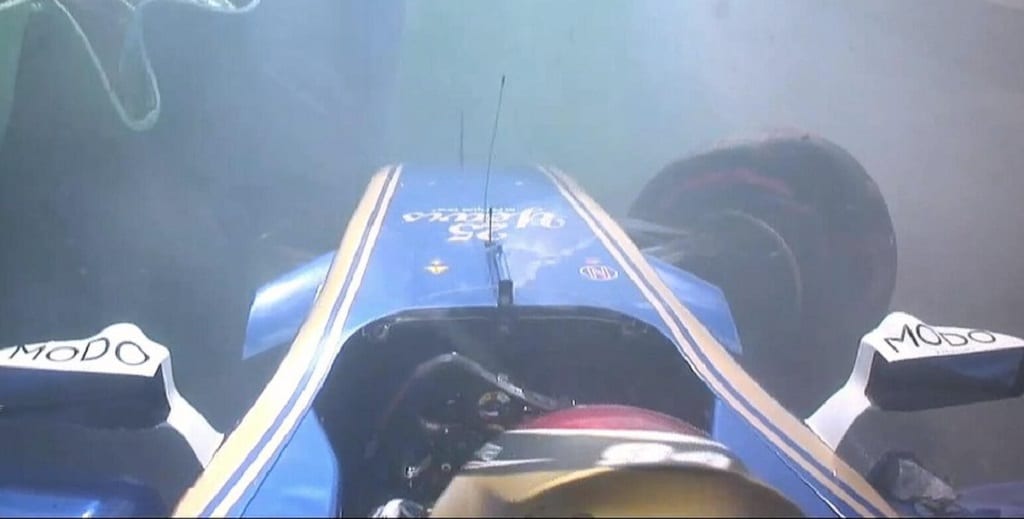