Wehrlein Reflects On F1 As He Prepares For A Return To DTM – WTF1
Skip to content
×
Formula E , News , Touring Cars

Pascal Wehrlein may have lost his seat at Sauber last season, but it didn’t feel like a strictly performance-related decision from the outside. A driver who on more than one occasion put backmarker cars into the points and showcased strong pace and racecraft, there is a feeling that Wehrlein’s F1 story is far from over.

During his time in F1 with Manor and Sauber, Wehrlein consistently pushed each respective package to its limit and made the most of any opportunities. We asked if he felt that his time in backmarker machinery hindered his ability to showcase what he was truly capable of. But he suggested that this adversity strengthened him, and that measuring himself against the one benchmark every driver hopes to beat – his teammate – was a great source of motivation. He told WTF1:

“The thing I could do was score some points. Of course I wanted a more competitive car, it was difficult as other teams could make progress whilst we had a big engine deficit. I was happy to score points last season though, Barcelona was a great race.

“Many times I had good races but it didn’t show in the result. Austria 2016 was a highlight when I finished 10th for Manor. I liked competing against Ocon as a teammate, and the best races are the ones where you can beat your teammate by 20 seconds.”

Though he lost a race seat, Wehrlein has a significant role to play in Mercedes’ F1 operation this year. The team’s status as championship contenders means he probably won’t get to do any Friday practice sessions, but he explained to us that simulator work and continuing to learn and develop his understanding of F1 alongside engineers will make up a big part of his 2018 calendar.

“I have a lot of work to do in Brackley driving the simulator. My day starts at the same time as the current drivers for meetings, where we go through the programme and analyse the race weekend. When I’m in the garage during a Grand Prix, I like to keep a headset on and am interested in listening to the engineers. When Hamilton lost the lead in Australia, the engineers were immediately aware that there was a problem [with off-track tools].”

This year, the 23-year old will contest the DTM championship alongside his duties as Mercedes AMG F1‘s reserve driver. Wehrlein remains very motivated, and his upcoming performances in DTM this season will be quite significant in remaining within the fold of F1. The Mercedes AMG DTM team has a strong line-up this season – Wehrlein, Paul Di Resta, Lucas Auer, Gary Paffett, Edoardo Mortara, and Dani Juncadella will all hoping to bring glory to the German DTM mainstay as it prepares for its final year in the series before switching to Formula E.

Speaking ahead of his upcoming campaign, Wehrlein (who won the DTM title in 2015) is wary of some of the rule changes since he was last in the series, but ultimately motivated for the fight ahead in a field that boasts seven former DTM champions. He said:

“It will be more intense because I only have two days in the car before the season starts. I’ll also have to prepare myself for the new rules like having no tyre blankets to keep the tyres temperatures warm. Overall though, I will take the same approach to this season as others.

“DTM is a difficult championship. In one race you see one guy at the front, then they can struggle at the next round. The quality of the drivers is huge, the difference between winning, scoring points and losing can be as small as two-tenths depending on the circuit. When I was winning DTM races in 2015, the success ballast put on the car made it one of the toughest experiences I’ve had so far.”

Wehrlein broke some DTM records in 2015, namely becoming the youngest ever DTM champion. One particular memory from that tightly-fought campaign sticks out and is one that Wehrlein regards as his best race in the series.

“My best race in DTM was the wet race at the Norisring in 2015. The track was wet before the race and I went for slicks as others chose the wets. I was five seconds off the pace to start with, but kept patient as the track dried and was able to gain the lead when others pitted for slicks. Given that I eventually won the championship by less than 25 points, this risky strategy early in the season had to work and it did.”

Just because he’s out of an F1 seat this year, the bridge between DTM success and F1 opportunity remains open. Wehrlein’s impressive showings in both championships so far indicate a potential in waiting, a talented driver who is biding his time for that call up to F1 again. It is an arena in which most agree that he has already proven himself. But the German has found himself in a position in which he must repeat his successes to remain in contention for another F1 seat. DTM was the breakthrough to F1 for him in 2015, and if all goes well, a sense of déjà vu would be welcomed not only by the driver, but F1 followers who saw that potential in Wehrlein’s two seasons so far. 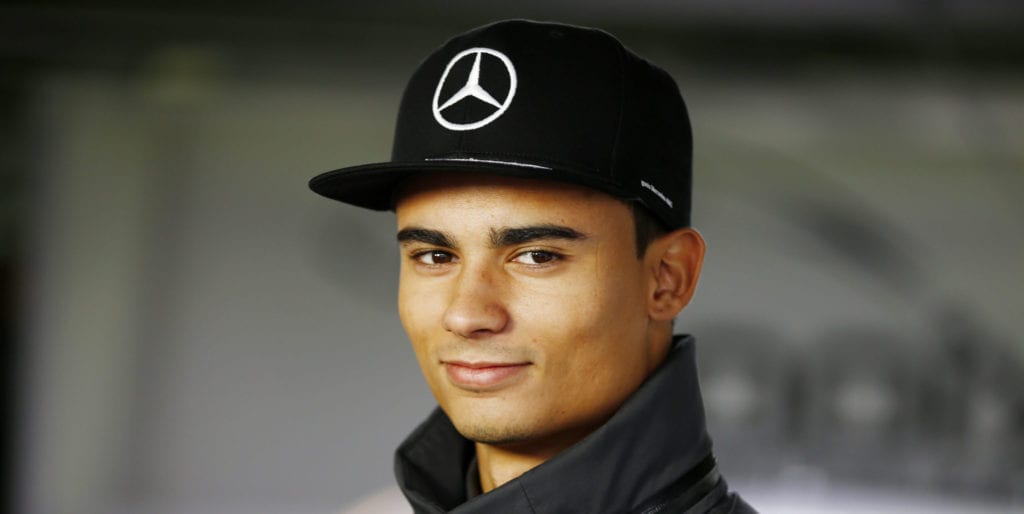