Wehrlein Will Be Reserve Driver For Mercedes This Season – WTF1
Skip to content
×
Formula 1 , News

Wehrlein Will Be Reserve Driver For Mercedes This Season

After the 2017 season, Pascal Wehrlein found himself between a rock and a hard place or, more accurately, an unmoving Mercedes driver line-up and an up-and-coming F2 champion destined for his Sauber seat.

It leaves Wehrlein with a DTM drive for the upcoming season, but his spirits may be lifted after Toto Wolff confirmed him as a reserve driver for the Mercedes F1 team alongside GP3 champion George Russell. Speaking of Wehrlein’s demotion, Wolff said:

“With Pascal we couldn’t find the right solution and he’s back in the DTM, but he’s our reserve. We will see which options open up.”

Any option that does open up in the future will be hard fought by George Russell and also Esteban Ocon, who remains a Mercedes prospect. Given that Ocon’s current team Force India was hugely impressed by Russell’s free practice outings last season it seems that the lineage for any movement is already writing on the wall.

Should Russell prove competitive in his debut F2 season and if Ocon has another stellar year, then Wehrlein may struggle to rekindle his F1 career via the Mercedes route.

Not satisfied with the arsenal of talent at its disposal already, Mercedes is also looking to grassroots motorsport for future prospects. Toto Wolff added:

“We are looking far into the future, we have for the first time started to look into karting. There is an exceptional young kid called Andrea Antonelli, barely 11 years old. It’s just very enjoyable to go back to the grassroots of motor racing and follow these kids developing. Who knows, maybe in six or seven years a 10 or 11-year-old will be the next Lewis.”

We wonder how often Wehrlein was also told that he could be the next Lewis. He may have to settle for DTM this season, but with the confirmation of a reserve driver role with Mercedes’ F1 operation too, he at least remains in the F1 picture for now. 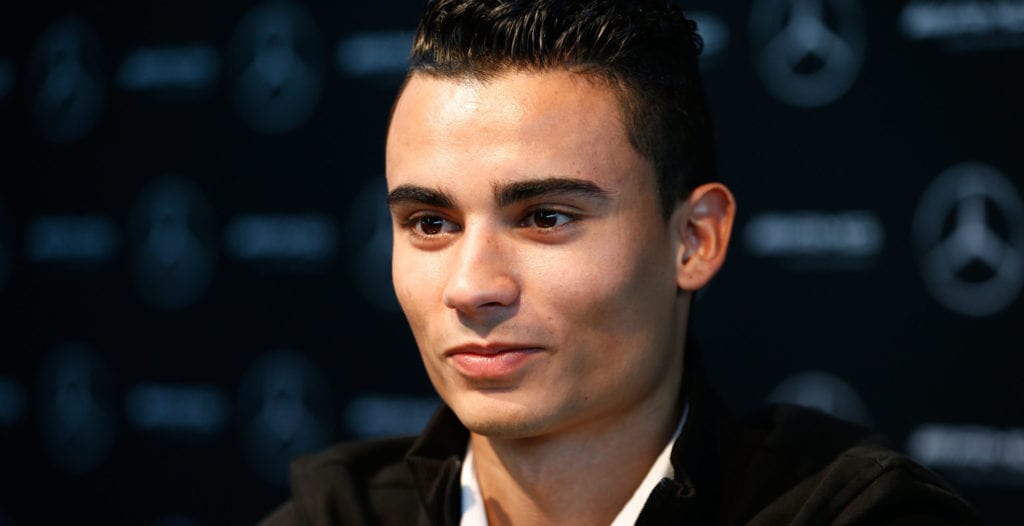