#WeRaceAsOne Will Drop The Rainbow Logo As New Plans Are Announced

It was a big part of the 2020 F1 Season, but now the ‘We Race As One’ initiative takes on a new meaning and bins off the multicoloured rainbow used from June last year.

In a statement by F1, it was confirmed that ‘We Race As One’ would become the championship’s official Environment, Social and Corporate Governance (ESG) platform to help with the long-term sustainability for the sport.

“On our return to racing in 2020 we wanted to recognise the two major issues dominating society’s consciousness during that time, COVID-19, and inequality,” F1 said about its commitment to the initiative.

“Throughout the season we paid tribute to people around the world for the incredible strength and fortitude shown against the global pandemic. The rainbow was chosen by F1 to sit alongside #WeRaceAsOne as it became a symbol used internationally to bring communities together.”

However, F1 confirmed that the popular and well-loved rainbow symbol was to be no more. The rainbow, which was created using all the team colours, was a huge hit with fans. However, perhaps with half the teams now racing under some kind of blue shade, the rainbow idea would no longer be feasible.

F1 also confirmed that they were strengthening their stance on being against racism, as well as encouraging equality and diversity in F1.

This will continue to be highlighted at the start of every race with the twenty drivers uniting in their support of ending racism before the race.

“We plan to include a moment before the start of each race this season to show our united support for important issues and will be discussing this with the drivers and the teams ahead of the start of the season.”

F1 will also introduce internships and apprenticeships within the sport for under-represented groups to provide access to a promising career in the sport and help fund scholarships for engineering students with diverse and underprivileged backgrounds.

The sport has also pledged to help raise awareness for the W Series which will join F1 as an official support series in 2021. 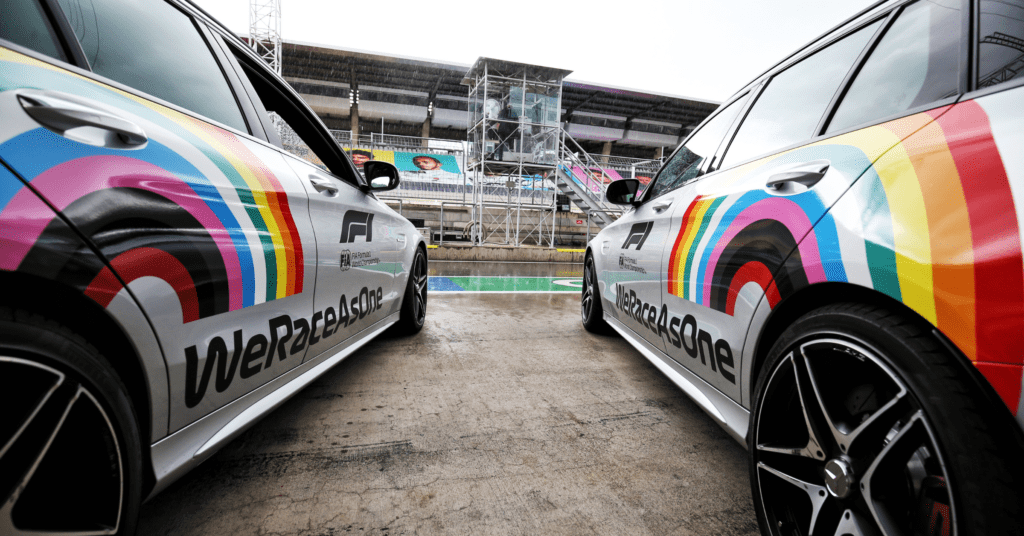