We’ve Just Had Our First Piece Of Norris And Piastri Content And It Was So Wholesome – WTF1
Skip to content
×
Formula 1 , Wholesome
0 comments

We’ve had Carlando and Dando. Now it’s time to make way for McLaren’s new pairing, Lando Norris and Oscar Piastri. Loscar? Who knows. But McLaren have just given us the first bit of Lando and Oscar content of the year, and it went down very well.

The team teased fans with a simple tweet telling us to keep our eyes peeled at 5pm UK time on YouTube, with a very open-ended caption of “we’re starting early”.

Initial speculation was that they were moving their Car Launch forward or that it could be a possible fire-up video for fans to enjoy the sweet sounds of the MCL37 roaring into life.

See the full video in partnership with @Android on YouTube now! 👇

Instead, it was the first official piece of Lando and Oscar content – exactly what we needed on this beautiful Wednesday evening. The video, in partnership with Google, follows Lando as he spends quality time with the team and rediscovers his karting roots ahead of the 2023 F1 season.

Lando and Oscar’s first time on track together this year 🔥 pic.twitter.com/4Laicbkwbg

McLaren fans flooded the comments section with heartwarming observations about the pair’s already well-working chemistry. And that Lando’s laugh is seriously infectious.

Lando, Oscar and their team were all kitted out in black overalls with some infamous papaya and blue detailing, with a 60 on each arm – a nod to the team’s impressive history and just a tiny part of celebrating six decades of McLaren in 2023.

Do you think Lando and Oscar will pair well on and off the track? 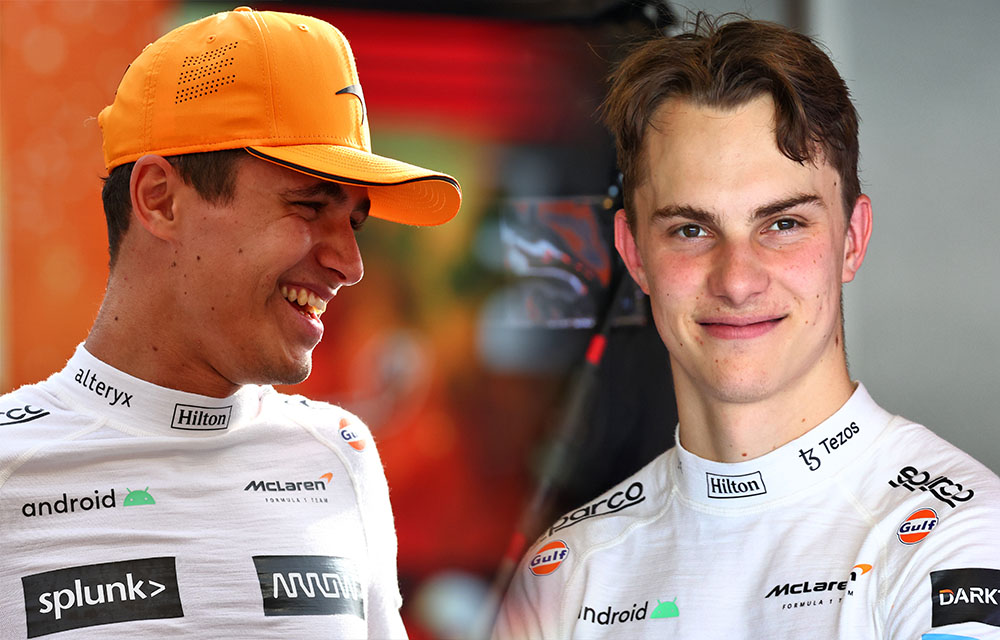