We’ve Ranked The 2023 Driver Pairings According To How Spicy We Think They’ll Be – WTF1
Skip to content
×
Formula 1 , Fun , Opinion
2 comments

2023 driver line-up? Completed it mate. With rivalries up and down the grid, you might be wondering: which 2023 teammate pairing is the spiciest?

This year’s Brazilian Grand Prix heralded the arrival of a serious rift in the Red Bull camp following a classic case of team-wants-drivers-to-swap-positions, but the driver in front didn’t want to – truly, an F1 staple. I’m expecting some Baku 2018 action, if you know what I mean.

Alpine’s overlords, Renault, have finally done it: two French drivers at a French team. National pride aside, it’s widely understood that they do NOT like each other. Stir in Ocon’s history of trading paint with teammates, and it’s quite the recipe.

This one’s quite straightforward. Though this ‘feud’ has been rubbished by both drivers, the whole “suck my balls” thing just won’t die. Plus, looking back at Magnussen’s time with Romain Grosjean at Haas – they did come together a few too many times…

Considering Alonso’s history with Lewis Hamilton in 2007, and now more recently with Esteban Ocon, you’d think it’s a reasonably safe bet that he’ll bring some hot sauce next season. But is he really going to get all up in the grille of Lance Stroll, given his Dad owns the team? Time will tell…

Spice level: Cool-down rooms with Rosberg and Hamilton inside
Rating: 5 out of 10

These two seem to get on quite well, but that was in a car that never looked like a championship threat… So, let’s imagine that next year Mercedes turn up with a 2020-style rocket ship. Do we think they’re going to maintain their composure then?

Spice level: Seb Vettel walking out of a drivers’ briefing
Rating: 4 out of 10

Similar story to Mercedes. They seem to get on, and thanks to Sainz’s awful start to the 2022 season, there was never much of a Leclerc-versus-Sainz-for-2022-World-Champion vibe about it. But bring in a decent car and a decent strategy team, and who knows…

Hard to rate this one, based on De Vries having had a grand total of one F1 race thus far. However, based on Tsunoda’s hot-headedness, I’m tasting a smattering of chilli flakes in this particular dish.

Spice levels: Winter testing in a snowy Barcelona
Rating: 1 out of 10

I see this as a simple case of an incoming rookie struggling to keep up with a well-embedded, more experienced teammate. And if they can’t get too close to one another on the race-track, they can’t trip over one another.

Spice levels: Kimi eating an ice cream
Rating: 0.5 out of 10

The only reason these two are higher up the order than the Alfa Romeo duo is because I expect them to be closer to one another on the grid. There’s essentially nothing to suggest this partnership should be especially fractious, but if teammates qualify near to one another, that gives them more scope to crash into one another. *Logic intensifies*.

Spice levels: Post-race ice baths behind the motorhome
Rating: 0 out of 10

This is the under-the-radar most wholesome driver line-up on the grid. Why? Because this is maximum Obi-Wan/Luke Skywalker vibes. At the Brazilian Grand Prix this year, Bottas could be heard on the radio giving feedback to the team to try and help Zhou overtake Nicholas Latifi. Ok, maybe this was because Bottas also wanted to get a move on, but still, I thought it was very helpful 🥰

Who do you think will struggle to get on next season? 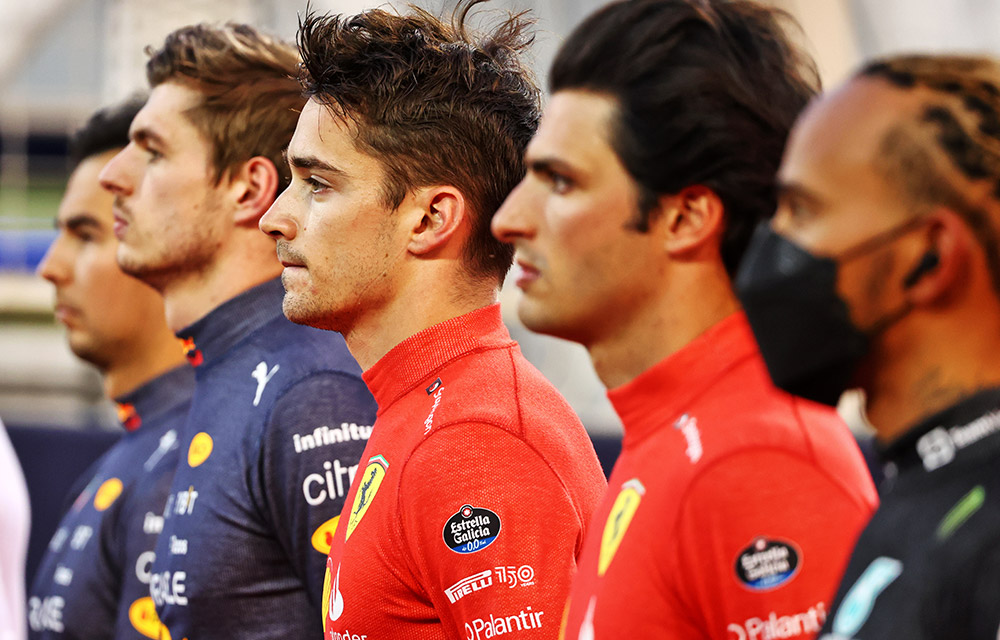