What Did The F1 Drivers Get Up To In Their Winter Breaks? – WTF1
Skip to content
×
Formula 1 , News

What Did The F1 Drivers Get Up To In Their Winter Breaks?

The winter break. It’s something that the Formula 1 world looks forward to come the falling of the chequered flag in Abu Dhabi. 19 of the 20 drivers are fed up with not winning the World Championship, the teams and a lot of the media are knackered and looking forward to a moment’s rest.

The fans…? Well, they’re fans, they don’t want it to stop. But there’s YouTube, F1TV, WTF1 – what more could you want?

For the first two weeks, the drivers are fine, they keep themselves occupied with their various interests. But, around Christmas, the need to drive an F1 car returns. Some, like Max Verstappen and Lando Norris, turn their attention to sim racing to satiate their appetite.

There are other ways of keeping your competitive nature alive. Just ask Mercedes’ Valtteri Bottas – he did some rallying. And grew a beard.

Then, the intensive training schedules start. With the increase in minimum weight regulations, some had eyes on coming back as amateur bodybuilders. The returning Robert Kubica enjoyed the longest winter break of everyone in the field and spent a busy 2018-2019 off-season cycling and acquainting himself further with the Williams team.

Daniel Ricciardo and Sebastian Vettel spent their spare time at home, which is a welcome change when you spend nearly half of the year everywhere else but home.

Ricciardo had the chance for a summer break in Australia and showcased his BMX and barbecue skills (the latter needs work, admittedly) during F1’s Netflix documentary: Drive To Survive. The Renault new-boy said that a relaxed break was needed after a testing 2018 campaign with Red Bull, telling Racing News 365:

“[It was] summer for me. Actually, what was really nice as well was I didn’t go to an airport for six weeks. I think that was the longest in 10 years that I’ve been off a plane, so that was actually really pleasant.

“I enjoyed being outdoors. I got the bikes and mountains bikes. I feel like doing things that move fast, just that sort of stuff, hanging out with friends, maybe snapping the neck off a couple of beers but that’s about it – makes more sense when you drink it. Just switching off especially after last year, that was important for me to wind down.”

Vettel had a more leisurely time in the snow improving his cookery skills – sounds like an idyllic Swiss winter.

“I guess [I enjoyed] just spending time at home, making my own breakfast which I quite enjoy. Yeah, pretty boring, maybe, but I enjoyed it. Went skiing a couple of times, the weather was good, the snow was good.”

Despite initially forgetting that he had a break, nomadic world champion Lewis Hamilton found something that scared him: sharks. He tried in vain to surf in Australia, despite the meticulous native advice on what to do when an elasmobranch pays a visit.

“I don’t really remember a lot of it. I mean the winter break finished quite a while ago. [In February] you’re back in the factory and working with the team, focused on making sure that you’re fit and ready for the first race ended a while ago, so it feels like a long long time ago.

“But there’s skydiving. Done some surfing. I wanted to do it here but I couldn’t find a netted area to go to. I just can’t go where there are sharks, man, and every Australian I meet they’re like ‘nah, nah, you’ll be alright. If a shark comes up to you, punch it in the face.’ Australians are really kind of crazy, huh?”

“Otherwise pretty much the same as everyone else. The break is a really precious time you get to spend with family and friends and it’s the time you don’t get to think about racing and then once the season starts you’re on tour the whole year and you never really lose sight of your targets.”

I had the best Sunday morning in Qatar, left at 6am for an early drop. This is really one of my fav sports. I’m not great at it, I’m learning every jump I do but it’s really the best hobby. The free fall feeling, can’t tell you how happy it makes me. This is my new get away. @eljuanpazurita let’s go soon bro, this pic was inspired by your pic lol a big thank you to @skydiveqatar for taking me

As for Verstappen, his answer was coated in mystery…

“I guess I like mid- to end-of December is a bit of time off and you can spend time with family and friends. But from like January onwards it’s just training, so I don’t feel like it’s a break any more because you’re just busy. Some more exciting things happened, some less exciting things happened but should I share them? I don’t think so.” 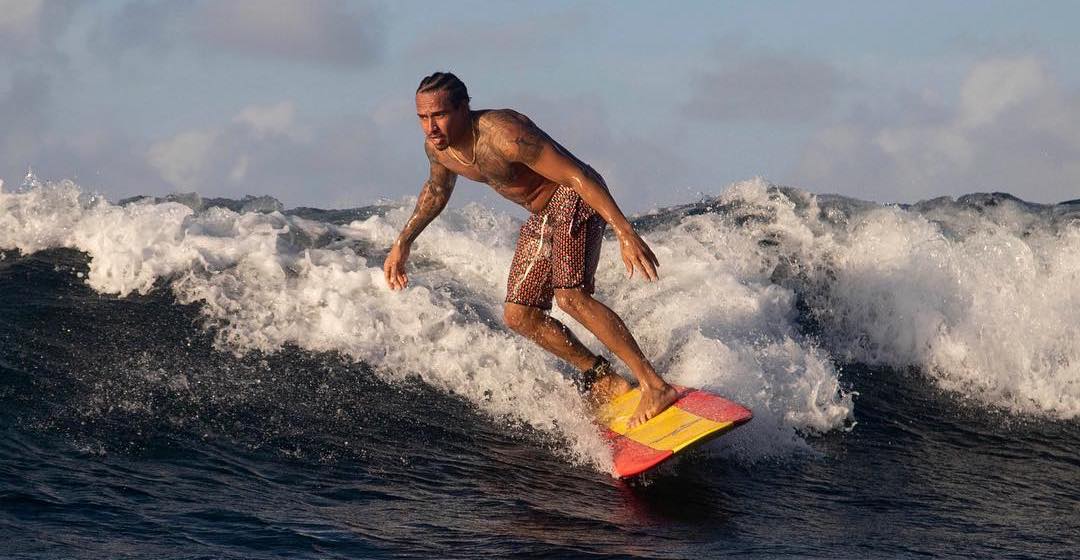